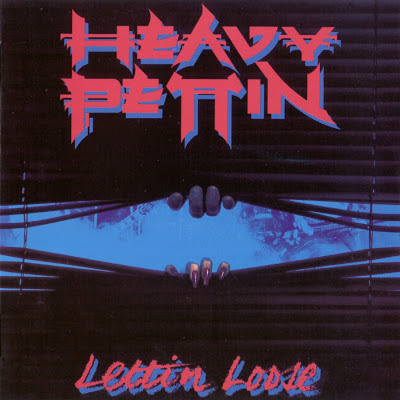 Heavy Pettin’ formed in Glasgow, Scotland in 1981 when singer Steve Hayman and guitarist Punky Mendoza teamed up with the disenchanted members of a band called Weeper: guitarist Gordon Bonnar, bassist Brian Waugh and drummer Gary Moat. Things came together quickly for the freshly augmented band and within a year they had released a single on legendary metal label Neat Records.
With a little help from Def Leppard manager Peter Mensch the band soon found themselves signed to Polydor records and ensconced in a studio in London recording their debut album with Queen guitarist Brian May producing. Some members of the band were reportedly less than enthusiastic about the highly polished album May delivered but I think it’s freakin’ awesome, one of the best and catchiest albums to come out of the NWOBHM. The album opens with a killer melodic metal song called “In and Out of Love” which predates the similarly titled Bon Jovi tune by a couple of years.

The second song on the album is a pop metal classic called “Broken Heart.” When the song kicks into gear resistance is futile. The song was definitely worthy of massive airplay and could have (should have) made the record a hit.
The third and possibly best song on the album is a monster tune called “Love Times Love,” which was originally on the b-side of the Neat single.
Side One closes out with an epic stormer called “Victims of the Night.” Oh how I wish I could have seen this group live at the time. These are inspired songs indeed.
Side Two opens with a song called “Rock Me.” At certain points the song is very reminiscent of Def Leppard but it’s also a highly original, creative piece of work, far more imaginative than its title might suggest. These guys had heart and energy and it shows, “Rock Me” is awesome. A+.
Next up is another generic title, “Shout It Out,” but this time the song lives down to its name, it’s probably the worst song on the album. The band makes up for it with the next track, “Devil In Her Eyes,” a glorious exercise in pop metal grandiosity.
The album closes with a hyperactive rocker called “Hell Is Beautiful,” not a bad song at all (well, there are those lyrics) but a tad generic.
Lettin’ Loose was reissued in 2003 and included a very cool bonus track called “Shadows of the Night.”
The band toured with Whitesnake, Kiss and Ozzy Osbourne to support the record but it failed to take off the way Pyromania did for Def Leppard the same year. The band released an overproduced follow-up album in 1985 called Rock Ain’t Dead, the songs were still strong but the sound and presentation of the record was unfortunate. Lettin’ Loose had made it clear that the band had huge, huge potential. Perhaps if the listening public had given them the support they needed at the time they wouldn’t have strayed too far in the wrong direction trying to get their attention. Rock Ain’t Dead is a fun listen but Lettin’ Loose is a work of art.
In 1987 the band recorded a terrible song they didn’t write called “Romeo” for entrance in the Eurovision song contest. Big mistake. The band released one last album in 1989 called Big Bang. And that was that.
Lettin’ Loose was released as a self-titled (Heavy Pettin’) record in the U.S. with different cover art. Keep your eyes peeled. 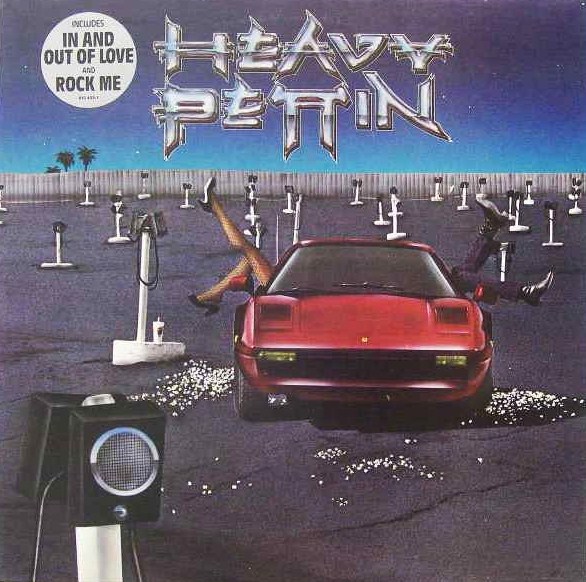