Now Hear This: Twisted Sister – Love Is For Suckers 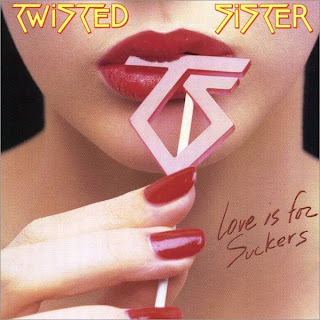 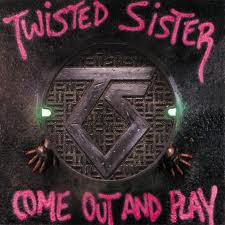 Most of you probably know the story: Twisted Sister had a big hit with Stay Hungry and Dee Snider, ego inflated, insisted they record “Leader of the Pack” and release it as the first single from their next album, Come Out and Play, only to have it flop magnificently. But did you know that Twisted Sister had included “Leader of the Pack” in their live set for years and the band had already recorded and released the song three years earlier on their 1982 EP Ruff Cuts? Covering the song wasn’t a new idea, it was a recycled idea. Come Out and Play didn’t flop because “Leader of the Pack” sucked, it flopped because pretty much the whole album sucked. The title track is okay and “Kill or Be Killed” is a great tune but that’s it. Great album title, great cover, but Come Out and Play was a disastrous follow-up to the amazing string of records that had resulted in Stay Hungry‘s triumph. The band has unfairly made it known in recent years that they are not happy with Tom Werman’s production on Stay Hungry but Dieter Dierks, who had done great work with Scorpions (Blackout sounds amazing), really shit the bed on Come Out and Play. The guitars are buried and muddy and there’s way too much echo going on. I’m also guessing Dee wrote some better songs than the ones that ended up on the album, or perhaps the songwriting could have been tweaked or tightened up in the studio. Feels like a rush job. “Leader of the Pack” is just a convenient scapegoat for an overall mess.

So the band choked. Stay Hungry had gone triple platinum but Come Out and Play barely went gold and the subsequent tour was a disaster, the shows that the band didn’t cancel were performed for half empty arenas, and when a band is on tour the age old idiom does not apply: that arena ain’t half full. By all accounts the band was in bad shape by the end of the tour and on the verge of breaking up. Actually, they probably did break up. According to Dee Snider the band’s next album, Love Is For Suckers, was originally conceived, written, and recorded as a Dee Snider solo record, and guitarist Jay Jay French has stated publicly that he doesn’t think he played on any of the songs. Rumor has it Reb Beach, future Winger member, played most of the guitar on the album, which makes sense since Beau Hill would soon produce his band’s debut. Dee claims the record label cajoled him into converting it to a Twisted Sister project, but it’s hard to imagine Dee Snider being cajoled into anything. He probably got cold feet and realized the album had a better chance of being a success under the Twisted Sister banner. I’m not sure how much label pressure had to do with the band’s accompanying new image but in an unfortunate move they jettisoned their classic costumes and make-up and adopted a more conventional eighties pop metal look. 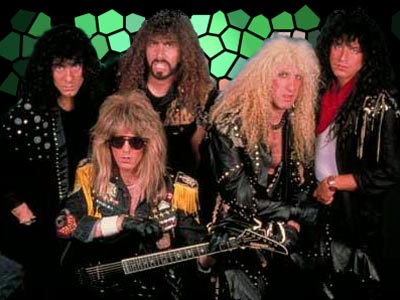 But what we’re really concerned with here is the music, and even though Love is For Suckers is almost universally ignored or reviled, even by Twisted Sister fans, I think it’s a good record. Not great, it has its flaws, and yes, the band were guilty of changing with the times, they definitely changed their look and the first single from the album, “Hot Love,” was an obvious attempt to fit in with what was on hard rock radio in 1987, but I believe the album is unfairly maligned and dismissed. And it’s a lot better than Come Out and Play. 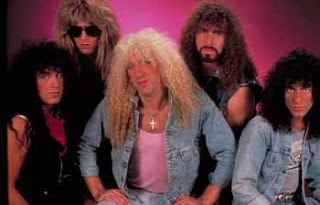 When Love Is For Suckers was released on August 13, 1987 Slippery When Wet, Girls Girls Girls, and Whitesnake 1987 were all in the top ten on Billboard and Look What the Cat Draged In was at number 13. Was Dee Snider conscious of this? Sure, but here’s the thing, “Hot Love” is a great song. When Dee Snider sat down and tried to write a song that he thought might be a hit in 1987, he did a great job. Why be cynical about it? It’s a really good song. The video for the song was even more of a departure, the band were unrecognizable compared with their previous videos, but any fan of the band had seen numerous photographs of this Bizzaro Twsited look: jean jackets and jeans. Just look at the back cover of You Can’t Stop Rock n’ Roll. It was not a new or entirely unfamiliar image, but on MTV it was. So on the surface everything about “Hot Love,” the song and the video, screamed sell out, but all that really matters to me is that it’s a good song, and I like it.
Love Is For Suckers was produced by Beau Hill, who had made a name for himself producing Ratt, but he could have done a much better job with Twisted Sister, I believe that most of what people do not like about the record is Beau’s fault, but allow me to reiterate: these are good songs, production be damned. The album opens with a classic Twisted Sister song called “Wake Up (The Sleeping Giant).” It’s undeniably good, I can’t imagine why any Twisted Sister fan would not like this song. Sure, that might be a drum machine, but…
“Wake Up (The Sleeping Giant)” is followed by the previously mentioned single “Hot Love” and then comes the title track of the album, “Love Is For Suckers.” The song was co-written by someone named Marky Carter, I cannot find any information about who Marky Carter was, if anyone out there knows anything please tell us in the Comments section below. I’d like to thank Marky personally. I guess I’m a sucker, because I love this song (cue groan). It’s my favorite song on the record. Great guitar licks, great verse, awesome chorus, and Dee’s little parody of the Dr. Pepper commercial at the end cracks me up. GREAT SONG.

Update: wow, so it turns out “Love Is For Suckers,” written by Marky Carter, was originally recorded and released in 1985 by Gary Private on a 12 inch single. The song was next recorded by a female metal band called Poison Dollys, who were from Long Island and apparently had worked with Dee Snider at some point. The Poison Dollys version of the song is quite different from Gary Private’s version and much closer to the Twisted Sister version but on the Poison Dollys record Marky Carter is still given sole writing credit for the song. Dee Snider definitely tightened up the tune and rewrote the first verse but the essence of the Twisted version is there on the Poison Dollys record. Thanks Chris and Anonymous reader for info! Here’s the Poison Dollys version.
Next up is one of the most obnoxiously commercial sounding and generic songs on the album, “I’m So Hot For You.” This is really Dee Snider trying to write a non-Dee/non-Twisted song, a song he thinks will get airplay in 1987, but Dee Snider is a talented man, so it’s still an alright song, but not great, and the lyrics are atrocious. Exhibit one:
Girl, do you know what you’re doin’ to me?
I’m gettin’ burned in the first degree.

The last song on Side One is a more traditional Twisted Sister headbanger. Like I said, the production is thin and the “drum sound” is unfortunate, but “Tonight” is a good Twisted Sister song and not incredibly far removed from Under the Blade or You Can’t Stop Rock n’ Roll. Wait, did Dee just say “Did you come to see us put it in the hole!?”
Side Two kicks off with another classic Twisted Sister song and once again I don’t know why any fan of the band would dislike this song unless they just never gave the album a chance. Yeah yeah, I know, the production, fake drums, but “Me and the Boys” is great stuff.
The next song is a very generic tune called “One Bad Habit” and it’s probably the worst example on the album of Dee trying to write a Bon Jovi or Poison song. It’s not great and when he rhymes “rude” with “dude” I cringe. Let’s skip that one. Now we’ve arrived at the poppiest song on the album and the least Twisted, “I Want This Night (To Last Forever).” Yeah, I don’t really like this one either.
Oh boy, now it’s time for the obligatory ballad. It’s called “You Are All That I Need” and it’s really not that bad, it’s a lot better than the two songs that preceded it. What the hell, I like it. The song would have fit nicely over a romantic montage in a film like Top Gun. I like this kind of AOR blast of forced emotion.
The album ends with a song that maybe could have been a sneering Twisted rocker but thanks mostly to Beau Hill’s studio wankery it suuuuuucks. I don’t know what the hell to call it, but it ain’t metal. You can maybe hear the Twisted Sister song buried in there somewhere but the song as it exists on the record is unlistenable. “Yeah Right” is the worst song on the album, but luckily it’s the last song. So yeah, wow, Side Two kind of sucks. But don’t forget, Side One is really good. So hopefully I’ve convinced you that this album has some merit, and it is not nearly as bad as you may have been told. At least half of it is actually quite good.

When the album was reissued the CD included four bonus tracks. Replace “One Bad Habit” and “Yeah Right” with “If That’s What You Want” and “I Will Win” and you’d have a better album.

There’s also a bootleg floating around of Love Is For Suckers demos. “Rock You” is great and “I’m Not Everybody” has potential, inclusion of these songs could have made this a much better album. So here’s my new track list:
Side One
1. Wake Up (The Sleeping Giant)
2. Hot Love
3. Love Is For Suckers
4. Rock You
5. Tonight
Side Two
1. Me and the Boys
2. If That’s What You Want
3. I’m Not Everybody
4. You Are All That I Need
5. I Will Win
Fire Beau Hill’s ass, replace him with Tom Werman, record it as a Twisted Sister album not a Dee Snider album and… 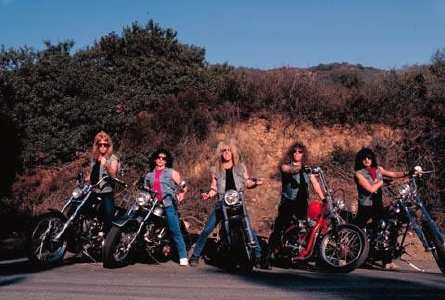 It still would have flopped in 1987 but would have a better rep these days. Oh well.