Now Hear This: Warrior Soul – Salutations From The Ghetto Nation 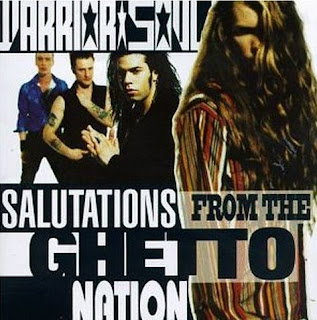 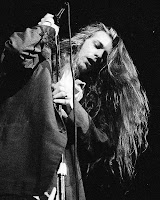 If you’re familiar with Warrior Soul at all it’s probably from seeing one of their videos on Headbanger’s Ball in 1990-1991. The black and white videos for “We Cry Out” and “The Losers” from their first album, Last Decade Dead Century, got a lot of airplay and I remember cheap videos for “The Wasteland” and “Hero” from second album, Drugs God & The New Republic, getting a few spins. I even remember that when MTV asked Headbanger’s Ball viewers to vote via touch tone phone for who had the “best hair” Warrior Soul’s singer Kory Clarke won thanks to his impressive mane, which hung to his waist. By the time the band’s third album Salutations From The Ghetto Nation was released in October of 1992 the top ten albums on the Billboard charts included Dirt by Alice In Chains, Ten by Pearl Jam, and the Singles soundtrack. Grunge had arrived. Not that Warrior Soul were hair metal by any stretch of the imagination, but they’d been around too long, if they’d debuted in 1992 they would have fit right in with the alternative stuff, but as it stood they had little hope of competing in the new musical climate. It’s a shame, because Salutations From The Ghetto Nation might have been their best album yet, and that’s saying a lot.

Singer Kory Clarke was the dominating force in the band but the musicianship in Warrior Soul was off the charts. Pete McClanahan played the bass like a lead guitarist, skillfully crafting intricate beds for the songs to lie on, and Warrior Soul’s guitar player John Ricco is one of the most overlooked artists ever to coax greatness from the instrument, he was a very creative player and the combo of McClanahan and Ricco made for a very original sound. Drummer Mark Evans, who was murdered in London in 2005, was no slouch either. I saw the band live on the tour for this album, me and about ten other people, and even though John Ricco was the only guitar player on stage it sounded just like the record. This was a powerhouse band and they should have gotten at least some recognition for their musicianship. I think that Kory Clarke’s personality and overtly political lyrics overshadowed the playing and the songs, which were smartly crafted and often quite moving.

The first song on Salutations From The Ghetto Nation is called “Love Destruction” and it’s a brutal screed against all that Kory Clarke despised, most notably warmongers, rock stars, and Capitalists. It’s a pissed off rant, but a great song. I love Ricco’s hypnotic riff and Kory’s smarmy delivery. In a mentally challenged move MTV decided that when they played the video (which was probably once or twice) they needed to censor the word “retarded.”

Full disclosure: I agreed and still agree with Kory Clarke’s political views and enjoyed most of his lyrics. Case in point: the lyrics to the next song, “Blown,” would offend many, but kept me entertained.
The ticket to the White House
is not a blow job for the poor.
The rich man gets a suck off
cuz the President’s his whore.
The next two songs, “Shine Like It” and “Dimension,” are both trippy, mellow, and beautiful. I’m gonna get real political here: this band was better than Jane’s Addiction.
Side One ends with two obnoxious rockers, “Punk and Belligerent” and “Ass-Kickin’.” I swear I remember them playing a video for the former on Headbanger’s Ball once or twice but it’s not on Youtube.
Side Two begins with an overt anti-Republican tirade called “The Party.” When this album came out Clinton had yet to be inaugurated and a Republican had been in the White House for the previous 12 years. Kory was pissed. This is less a song than a rant and is strangely juxtaposed with the next song, a very pretty ballad called “The Golden Shore.” Warrior Soul’s slow songs were always great.
That gentle ballad is followed by two more snarky rockers, “Trip Rider” and “I Love You.”

Then we get another soothing ballad, an excellent song called “The Fallen.”

The album closes with the title track and my favorite song on the record, “Ghetto Nation.” This song is the band at its best, Pete McClanahan and John Ricco’s fretwork is astounding and Kory Clarke’s lyrics are pi
ssed off and funny and delivered with shrill venom. The song is a tour de force, a scintillating mix of righteous anger, self-satire, and plain old rockin’ out.
“Out on the lawn ya strip the car down
and you`re sippin’ corn on the porch.
If the neighbors complain open up the 12-gauge
shut your mouth or you`re gonna get torched.”
In conclusion, Warrior Soul’s first three albums were all excellent. There was a fourth album, Chill Pill, which was originally conceived of as a Kory Clarke solo record. It contains some quality songs but is not on par with the first three albums.
In 1995 Clarke went public with a new band (McClanahan was the only other original member left), a new look, and a new sound. The album they released, The Space Age Playboys, is alright but it ain’t Warrior Soul. They should have kept the album title as the name of the new band, which I believe was the original intention.
Clarke has resurfaced in recent years with a Warrior Soul reboot. They originally called their 2009 album Chinese Democracy (just to be assholes, I’m sure) but eventually changed the name to the less subtle Destroy The War Machine. 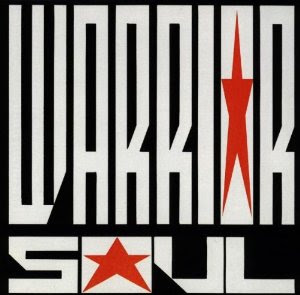