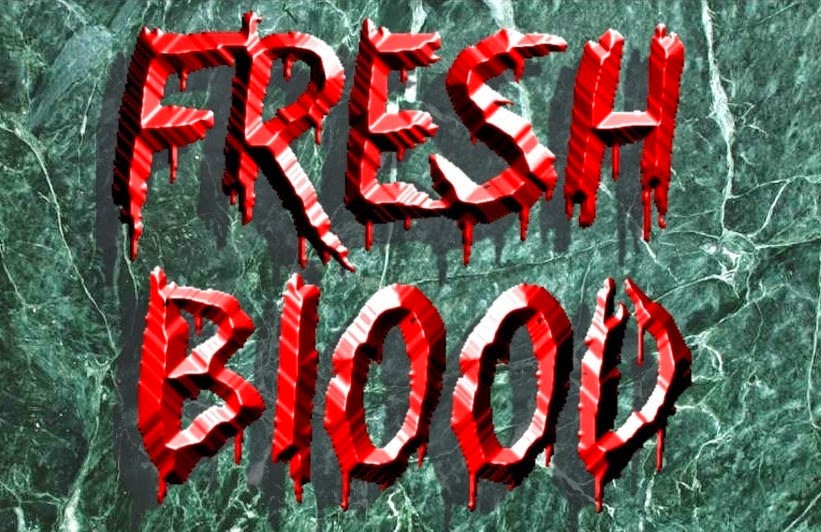 In conjunction with this week’s Decibel Geek Podcast Episode #150-Fresh Blood Vol. #2 in which Chris and Aaron spin tracks from bands that you are probably unfamiliar with I decided to take a look at my current listening selection.  Rather than do a specific album review on each and every one of these I thought that I’d take a quick look at some of the albums playing on my I-pod (actually I don’t own an I-pod and instead have an MP3 player, but you get the idea and I-pod just sounded better) at the moment, something that does change fairly regularly.  I have left out the regular, more mainstream, more well-known names in hopes of introducing you to some new music. Here’s five reasonably recently released “Fresh Blood” albums that you should take a look at (listen to) that are currently in my listening mix: 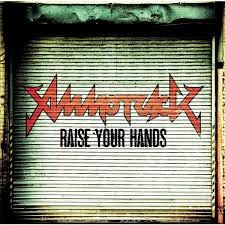 Ammotrack (2014)-Raise Your Hands.  Ammotrack are a Swedish band, one of the many excellent outputs from that Nordic land.  I discovered them when their name appeared on the huge list of bands performing at 2014’s Sweden Rock Festival in early June.  Each year the names and a brief bio on all 80 plus bands of that year’s festival are posted on the Sweden Rock website including links to some youtube videos so the festival goers can familiarize themselves with the bands.  I liked the brief listen I gave them prior to the event and they did not disappoint in the live setting! Raise Your Hands is a compilation album taking material from Ammotrack’s previous efforts, 2008’s Ammotrack and 2011’s Come Die With Us.  Leading off with the title track, “Raise Your Hands”, a new composition it seems that Ammotrack prefers their sophomore album.  Of the remaining eleven tracks seven are from the later issue, however, the whole collection is fully loaded with their brand of street rock/sleaze metal packed with anthem choruses and melodic hooks.  A couple of songs to check out: “Living Like An Angel”     /     “Hitman”     /     “Come Die With Me”
Ammotrack Website     /     Ammotrack Facebook     /     Buy: Ammotrack – Raise Your Hands 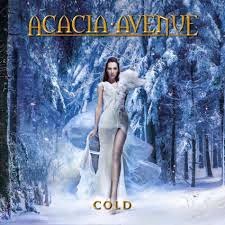 Acacia Avenue (2014)-Cold.  At first I suspected that this would be just an Iron Maiden tribute album named after the New Wave of British Heavy Metal pioneer’s song “22 Acacia Avenue” but that is not the case.  This is the brainchild of Denmark’s Torben Enevoldsen who it seems is more of a one-man show than a band, handling the writing, guitars, bass, keyboards and some background vocals!  Aside from the roster of guest vocalists, a new/different voice on almost every track, the only other musician credited is drummer Dennis Hansen.  Having the seven different vocalists also collaborate with the songwriting makes for a fresh and exciting melodic hard rock/AOR album from start to finish.  The two Steve Newman sung tracks, the opener of “Time” and catchy vocal chorus of “Angelina” are my favorites but I’d venture to say that there’s not a bad composition in the collection.  Listening selections: “Time”     /     “Love Will Survive”
Torben Enveoldsen Website     /     Acacia Avenue Facebook     /     Buy: Acacia Avenue – Cold 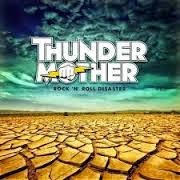 Thundermother (2014)-Rock ‘n’ Roll Disaster.  Another Swedish outfit, I seem to have a real penchant for the Swedish metal scene, this time a quintet of ladies.  These girls came across my radar while I was watching another Swedish band (Sister Sin)’s concert video in which Thundermother were the next band on stage and I haven’t looked back.  I caught their spirited set at 2014’s Sweden Rock Festival and have become even more of a fan, wanting to purchase the CD and shirt at the festival (I failed to achieve this).  These ladies could have easily been AC/DC had those guys been younger and of the opposite gender with a little of a punk influence thrown in for good measure, a mix that equals anything other than a disaster!  As for their debut release, Rock ‘n’ Roll Disaster, the lead track, “Man With Blues” gets things going, but it only gets better from there once we get into “The Dangerous Kind”, “Thunderous”, “Please Me”, “Shoot to Kill” and “Cheers”.  Chosen by Aaron Camaro to feature on this week’s episode and previously reviewed by The Meister (Thundermother Review), take a listen to this no-frills, ball-busting rock and roll!
Thundermother Website     /     Thundermother Facebook     /     Buy: Thundermother – Rock n Roll Disaster 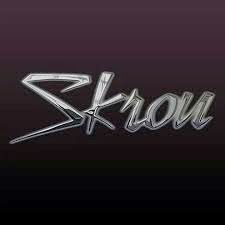 Skrou (2014)-Skrou.  Skrou are an unsigned band based in Toronto Ontario.  The name is derived from a play on words using the name of singer/songwriter/founder Sam Kirou.  I’ve had the pleasure to catch the group live on several occasions and they have always delivered a fantastic and spirited set comprising of their original material and some classic 80’s metal covers.  Skrou saw their debut CD issued in January 2014, but songs such as “A Place to Shake”, “No One’s Home”, “Cold Heart”, “Ride On”, and “Dirty Little Fantasy” are still members of my ever changing set list.  Behind Sam Kirou we find John DeFino on guitar, R.C. Ricci on bass and Eric Bonatti behind the kit.  Together these guys are booking shows all over southern Ontario with over 70 scheduled so far throughout the summer of 2014.  Skrou are also available for private parties or functions…..maybe it’s time The Meister threw himself a birthday party!  Check out “A Place to Shake” with the recently filmed official video and message the band to purchase your own copy of the CD.
Skrou Website     /     Skrou on Facebook 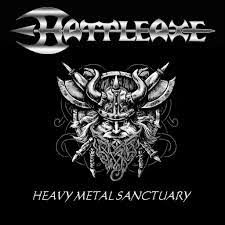 Battleaxe (2014)-Heavy Metal Sanctuary.  Battleaxe enjoyed a short tenure as part of the NWOBHM movement and existed during the early 80’s, spawning two full-length albums.  They re-united in 2010 and Heavy Metal Sanctuary saw the light of day in early 2014.  This album simply kicks ass from start to finish for old school metal lovers.  The band started out under the moniker Warrior in early 1980 with vocalist Dave King, bassist Brian Smith, guitarist Steve Hardy and drummer Ian Thompson and this album sees Mick Percy and Paul Atkinson replacing Hardy and Thompson respectively.  It seems that some things went south and there’s some inner turmoil and confusingly two websites for Battleaxe, but the band is soldiering forward having just appeared at Bloodstock Open Air Festival in England with new drummer Ricky Squires.  Here’s the official the title track “Heavy Metal Sanctuary” for you to check out.
Battleaxe Website     /     Battleaxe Facebook     /     Buy: Battleaxe – Heavy Metal Sanctuary

We’re back to discuss all the latest rock and metal news with New Noize Weekly! KISS’ Gene Simmons recently did an interview

We’re back this week with a brand edition of Demolicious! Sometimes, the coolest stuff gets left off of albums from our favorite

We’re back to bring you all the latest, greatest, and weirdest news in the rock and metal world with New Noize Weekly!