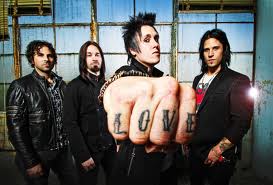 As always with any of my articles I write, I write from my perspective, my memory or that moment in time. Music is the soundtrack of life. What I’m about to say may piss some off, but may also give some a voice of agreement…I am not a big fan of Papa Roach.

People always say that in the event of a nuclear war, only three things would survive. Those things are a twinkie, Cher, and Papa Roach. And that isn’t a compliment.

Papa Roach started out well, okay. ‘Last Resort’ was a great angry anthem. The lyrics were powerful and sang to a generation that was misguided. That was the only song they had that was decent. P.R was a band, that like Limp Bizkit and even Faith No More belonged to a special club. These were the bands that crossed rap and hard rock. Like crossing oil and water, it’s a recipe for disaster.

‘Scars’ was another song released by Papa Roach. Unlike their first hit, this song had no rapping. It was odd to hear someone sing about how his girlfriend was a drunk, but the video was even worse and like anything not worthwhile, MTV ran with it like their first hit. Just a fad at the time, something for the kids to listen to and like…As the time went on, more and more of Papa Roach Songs had the theme of heavy guitars and rap…WTF!!!! It was the popular sound of young teens and adults in angst everywhere. 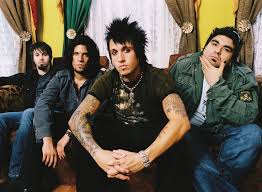 Soon, however, something happened that changed music. Mixing Rap and Rock riffs became somehow UNCOOL. Limp Bizkit was not hot, Faith No More was has beens, but Papa Roach, somehow found a way to remain. They changed over to just straight vocals, guitars  and kept going forward. But this still didn’t give them any radio play.

2004 brought us the next hit, ‘Scars’ found the guys in a more mature place in their lives. The song, dealt with being an enabler,and letting go of the ones you just can’t help. Great thought, this was actually a song I genuinely liked. Problem was, once again MTV ran it into the ground. The video and song were in heavy rotation , once again putting the band on top. While most of their fans were excited, I was not really caring whether they made it on the charts or not. My only real problem with Papa Roach is that they, to me are what I disliked about about most of the 90’s to 00’s groups. Most of these groups were in it for the money and not for the music or fans.

One thing I can say about Papa Roach, they came onto the scene and did what and how they wanted to do things. I may not really agree with their music, but anyone that can pop out on the music scene and keep true to their following, their fans, is okay with me.