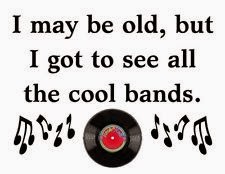 Along with many others, I recently wrote an article in response to Gene Simmons’ “Rock is Dead” interview. I agreed with some of Gene’s words but the spirit of rock n roll is alive and well just working with an entirely different business model and I can cite many examples of bands that have successfully adapted to an ever changing music industry.

The days of record companies supporting artists as they develop and flourish are long gone. From my perspective the business model is fiscally broken and the major labels have done very little to find ways to adapt and change. So instead of developing new artists with an eye on the future, they sink the major resources (see $$$) into the “chosen few” which will be promoted, marketed and over saturated to death ensuring a return on investment. From a business standpoint I get it, they somewhat found a way to stay fiscally viable but at what cost? Have you listened to the radio recently?

The airwaves are filled with the “chosen few” that quite honestly aren’t earning their hit records. It really doesn’t matter what Rhianna, Beyonce or Katy Perry releases it WILL BE A HIT song. Not necessarily because it’s a good song, but because the big money marketing machine will ensure that it gets played on the radio across the nation, every hour without fail.Nothing is left to chance. Popular radio has been reduced to a 25 song jukebox on repeat, the DJ’s have zero input into what gets played, the idea of a “regional” hit is completely impossible. This over saturation completely manipulates the charts like never before. At least in the 60’s and 70’s when “payola” was common practice, there was a chance of something new being discovered.

Now listen, I am not saying that the “chosen few” are not talented. Katy Perry has released some catchy pop songs but any song can become a hit if it gets into rotation and forced down our throats. Case in point check out the number one song on the Billboard 100 for the past 4 weeks…”Meghan Trainor’s All About That Bass”. This song is a “cute” but completely lifeless piece of bubblegum trash, a novelty song that will be forgotten in a year. The smell of quick return on investment has this on the radio every 15 minutes and within a few short weeks it becomes part of the subconscious and if it makes enough $$$ then Meghan will indeed have the chance to repeat the success as they will push yet another bubblegum single onto the airwaves. Repeat the success a few times over and she will become a member of the “chosen few” if not she will be dropped like a hot microwaved pizza pocket. 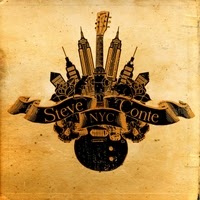 RADIO IS DEAD! There I said it, but I have not heard a single song on the radio in the last ten years that has prompted me to go out and buy a new album. Think about that for a moment. Isn’t that the point of radio? That certainly dies not mean I have stopped buying new music, it just gets discovered in different ways. Catching live shows, word of mouth through social media and PODCASTS have introduced me to plenty of great new music all without the assistance of radio. In fact as I am writing this I am excited to get home and listen to Steve Conte’s “NYC Album” which I was introduced to through another show, Michael Butler’s Rock and roll Geek Show Podcast. If you like your rock n roll melodic and raw then check the link below, this guy is the real deal.

So if you are totally fed up with the state of radio, boycott it all together and turn your attention to the many fine podcast shows that are promoting music they are passionate about. A thank you to those that do this, to Chris and Aaron who have turned me on to all kinds of new bands that I certainly would have never heard on the radio. Support these bands by buying their music and t shirts and attending their shows. This is what is keeping rock n roll alive, not the major labels that’s for sure.

Another thing to consider here is the concert stage. The number of classic bands that have the ability to put butts in seats is quickly diminishing. Reality is that the AC/DC’s, the Aerosmith’s, the Stones etc. will not be able to tour forever. Who is coming behind them to fill the stadiums and sheds? Unfortunately that only leaves the aforementioned “chosen few” that will have the drawing power to successfully tour the big rooms. Bands that have extensive catalogues of music to perform will be replaced with the disposable artists and their disposable hit singles and I am not sure how well that will fill out a two hour set list.

It almost makes me happy I am the age I am. As the bumper sticker reads “I May Be Old But I Got To See All The Cool Bands”, and to grow up at a time when sitting down with an new album was an experience. As for the “chosen few”? I think I will pass….I prefer “A Rebel Few” thanks.