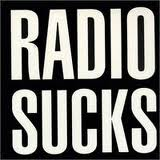 I hardly ever listen to the radio. Quite simply, radio sucks. A concept not unfamiliar to the Decibel Geeks, thanks to Chris and Aaron for actually naming episodes just that! “Radio Sucks.” Thank goodness for my extensive and ever growing music collection and cool podcasts like the Decibel Geek to satisfy my entertainment needs.

Recently I was subjected (or tortured depending on how you look at it) to about 6 hours of a top 40 radio station while at work. Now, I could have certainly pulled rank and changed the station but it was a reward to one of my co-workers to choose the radio station for a job well done. So bubble gum top 40 was her music of choice.

Wow! Words can’t even begin to describe just how plastic, lifeless and uninspiring the songs that they played that day. I had to laugh as the station was on for all of one hour and 51 minutes before songs started to repeat. When it was all said and done we had heard Taylor Swift’s “We Are Never Ever Getting Back Together” 3 times! That’s the same song three times in six hours!

The second my co-worker headed for home I raced to the dial to simply turn it off! The sweet sound of silence was so, so much better. It really got me to thinking, when did Pop radio loose all its diversity? 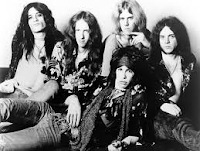 Looking back, radio in the 50’s and 60’s must have been really exciting. Rock and Roll was in its infancy and everything was new and fresh. When I was a kid in the 70’s, I could turn on a pop station and hear Aerosmith, Fleetwood Mac, Elton John, David Bowie, the Bee Gees, Kenny Rogers, Donnie Osmond, Michael Jackson all on the same station.

The 80’s (my teen years) we could hear Def Leppard, Duran Duran, Madonna, Quiet Riot, David Bowie, Elton John, ZZ Top, Huey Lewis and the News, Bon Jovi, The Police, Madness, The Cult, Bruce Springsteen, and on and on. Diverse artists each with their own sound, style and story to tell.

I didn’t like all the artists played, I didn’t like all the songs they played, but in any given hour I would hear something that I enjoyed. Unlike the six hours of lifeless dribble that I endured. I understand that art is subjective but I couldn’t help but wonder, especially since I got to hear the same song three times in 6 hours, Is this good music? Or is it a matter of it being drilled into your head over and over again until you find yourself singing along almost brainwashed into singing along like a zombie.

It is times like these that I breath a breath of relief knowing I can hit shuffle on my ipod and listen to months of music without ever hearing a song repeated unless of course I choose to. Times like these when I really appreciate the hard working indie bands that work their asses off creating music that odds are, is never going to get played three times in 6 hours on the radio. Music created because they felt it, enjoy it and chose to share it.