Rock and Roll is Dead? Not A Chance!

Gene Simmons is a man of many words. Some might even say a man of too many words,
lately his words have elicited controversy but when I read his statement that Rock and Roll was Dead, I quickly read through the interview to make some sense of the comment that peaked my curiosity.
So is Rock and Roll Dead? I suppose it all depends on how you look at it. Gene is absolutely correct that the business model of the Rock and Roll music industry is dead. The model that existed when KISS first started out no longer exists.
The concept of getting a record deal, having the record company open their wallets to support/promote the artist is long gone. Bands in the 70’s and early 80’s that were talented and lucky enough to get major label contracts were given time and sometimes multiple chances to land a hit record and become “Rock Stars”.
Record companies would go out and find bands, the chosen ones would get pushed (sometimes using questionable methods “payola”) onto the radio airwaves and the artists could simply focus on their art and the performance.
To that end, Gene Simmons is spot on correct. The business model of Rock and Roll as KISS knew it is dead and buried.
Technology played a role in the demise. As a 44 year old music junkie, I watched music collections of vinyl giving way to 8 tracks and cassettes. I remember selling my own cassettes as the crystal clean sound of CD’s came onto the scene and I proceeded to re purchase my musical library once again. The mid 90’s gave way to digital downloading and the ease of sharing music illegally certainly played a part in the crumbling of the aforementioned business model of Rock n Roll.
It appeared to me that the record companies completely failed to embrace the new technology. They spent so much time and effort shutting down the likes of Napster and Limewire instead of building a new system to market their artists. Now don’t get me wrong, I am not condoning illegal downloading. The artist deserves to get paid for their art  but by the time the record companies got a handle on digital downloads, ITunes had eaten their lunch and became the music industry.
The other thing (good or bad) is that technology allowed for the purchase of individual songs. The album as a complete body of work became obsolete. The instant gratification generation began buying just the individual songs they wanted and usually that meant the single because they already heard it 7 million times on the radio leaving the rest of the album on the cyber shelf. To me that was the final nail in the rock n roll business coffin. Why would record companies invest in an artist to develop and create when they are only going to sell a couple of singles anyway? So you get what we have now, tons of manufactured lifeless pop music, radio stations that play the same 40 songs day in and day out and a handful of pop bands that get lion’s share of the promotion money to ensure they will be successful and make lots of return.

So business model aside, (I can see Gene $immons cringe with that statement) the question still remains is Rock and Roll Dead? I say NOT A CHANCE! and I will tell you why…

The same technology that steamrolled the Rock n Roll business model into the ground is the same technology that now allows bands and artists to take control of their music and create global exposure and distribution without the strings of a record contract. Yes, the financial “backing” of the labels isn’t there but there are bands in every city creating their own market, promoting their own music and shows and having complete control of their destiny and keeping Rock and Roll alive with some exceptional music.

Social Media is the tool of the trade and anything has the potential to go “viral” when it is unleashed into cyberspace. I can introduce you right now to three bands that completely embody the spirit of Rock n Roll. They aren’t rich and famous “Rock Stars” (yet) but they live, breath and tirelessly promote their music, their band and their brand (something I am sure Gene would be proud of) and that is where the Rock and Roll spirit lives in 2014. 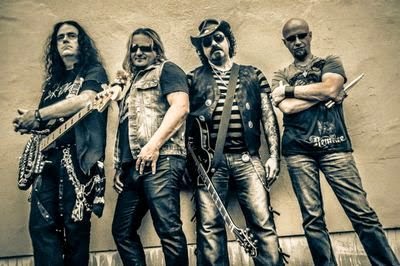 SKROU, from Toronto has evolved from a fun time covers band into a lean mean touring machine. A debut CD to promote, they are playing shows all around Ontario every weekend and promoting every single show relentlessly. I am aware of their every move due to the tireless non stop promotion from singer Sam Kirou. If you are looking for a place to shake, check out SKROU. 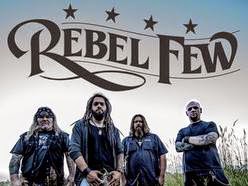 A REBEL FEW, formerly West Memphis Suicide, these Cambridge rockers are the real deal. There is something special when you see a band that truly loves what they do. Using social media to unite the “Dirtbags” (their beloved fans) they rally the numbers as the band headlines local clubs and supports rock legends like Skid Row, John Corabi, Kill Devil Hill, Jackyl and the KiLLeR DwArFs. For an all out audible assault check out A Rebel Few… 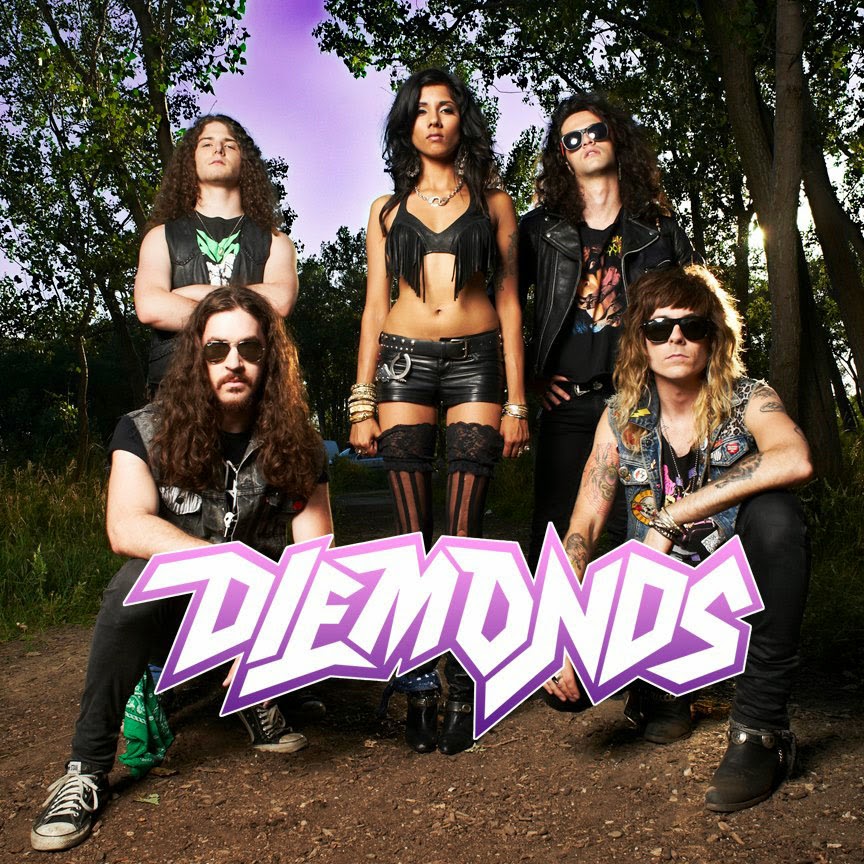 Diemonds, hailing from Toronto this balls out hard rock quintet are a total throwback to the golden age of heavy metal. They tour hard, rock hard and play hard marketing their brand all across North America and the hard work has seen them on the bill at Rocklahoma and have just been selected as one of the chosen bands on the next KISS Kruise. Wait, I thought Rock n Roll was dead? Not if Priya and the boys have anything to say about it as they jump aboard the good ship KISS.

Diemonds – Get The F@#K Outta Here


Skrou, A Rebel Few and Diemonds, three great reasons that prove Rock and Roll is Alive and well in 2014.