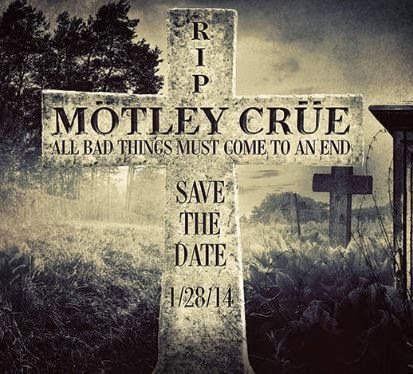 So Motley Crue have announced they are calling it a day, the Bad Boys of Rock n Roll are heading out on “The Final Tour”. I can see people rolling their eyes in disbelief, money and egos have a way of getting in the way of farewell tours and many say it’s just a cash-grab to ensure ticket sales by playing on the urgency to see the band one more time. Regardless of all that Motley Crue hold a special place in my heart.

Motley Crue was my very first concert back in June 1984 and instantly they became “my band”, although Kiss was also important to me, KISS was before my time, they had already been to the moon and back before I was old enough to witness the spectacle of KISS. Motley Crue on the other hand were young, hungry and just starting to burn their own trail. Still an opening band on tour with Ozzy, they scheduled a couple of headlining shows. One of which here in Toronto at the “Coliseum Building” on the CNE grounds. If your looking for it, it has been completely remodeled and is now the Ricoh Centre.

Nikki Sixx is the reason I play bass today. Some may scoff but to a fourteen year old impressionable metalhead, Sixx was and is cool personified. The Crue took the spectacle of KISS and made it young and fresh again. I have been fortunate enough to see just about every Motley Crue tour that made it’s way to Toronto, sometimes multiple times and I have never left disappointed. 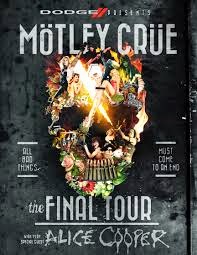 The news via Tuesday’s press conference outlined the first portion of the tour that hits Toronto on August 10th. Tickets were to go on sale Saturday February 1st., I thought I might like to try and get some decent tickets and surprise my step brother with an early Birthday gift.

On Wednesday afternoon I noticed something that really started to bother me. First of all, the really good seats are always secured for the VIP Meet and Greets, which for this show is broken down into 4 different price points ranging from $300-$8000 dollars per ticket. Now I love Motley Crue and I love my Brother, but I don’t have that kind of dough.

The next thing that I noticed was that they had a Motley Crue Fan Club presale, so if I run out and become a member of Motley Crue’s fanclub at a cost of $55.00, then I will get a password to allow me to buy tickets on Wednesday instead of Saturday thus ensuring better seats. Why would anyone want to spend $55.00 to become a fan club member for a band that is retiring? Ticketmaster made it nice and easy selling you the tickets and fanclub membership together in one convenient purchase called the ticket+fanclub bundle. How nice, and I noticed that if I selected that option the best available seats were already up in the 300 level?!?

Now local radio station Q107 were to offer a pre-sale for the show on Thursday at noon and since I am a club Q member they emailed me the “secret password” so that I being a special member could go and get great seats two days before the public sale (sarcasm mode off). I decided that instead of forking over $55.00 extra to join a fan club for a band that I have faithfully supported since 1983, I would wait until Thursday at noon.

Since I was lucky enough to be a club Q member I was able to score mid 400 level seats, with a good pair of binoculars it will feel like I am right up close. I suppose I can use the $55.00 I saved by not joining the fan club and either buy a t-shirt or a beer because I am sure it won’t cover both. Here we are still two days before the tickets officially go on sale and they are already selling lawn tickets for the show.

Long gone are the days of the die hard fans being rewarded for their loyalty. I remember camping out for good seats as testament to our favorite bands. So this once proud Cruehead is also on his FINAL TOUR of these bloated corporate rock shows. I will instead get my rock fix from the many local talented bands and musicians that are out there delivering the goods and appreciating the support. Feeling just a little corporately sCrued right now and it doesn’t feel very rock n roll!