Although there are tons and tons of great musicians, songwriters and bands out there across the world trying to make it in the snarling, unforgiving entity that is the music business, I’m especially attuned to some of the excellent rock and metal music expelled from my fellow countrymen and women up here in the Great White North.  My esteemed colleague, Mr. Wallygator‘s first articles for Decibel Geek were in a series entitled Hoser Heavy Metal (HHM Vol. #1/HHM Vol.#2/HHM Vol.#3).  I thought I’d carry on the torch and “spotlight” some of the great local music in hopes of expanding the audience of some of these truly great bands as well as feature some of the more widely known Canadian acts in this new/revised segment.  What better time to launch it than this week as Wally and I have just co-hosted the podcast in what’s becoming a yearly event for the “Hoser Heavy Metal Twins”(Hostile Hoser Hijack (Ep.#59)/Hoser Heavy Metal Hour (Ep.#112)). 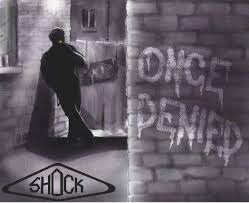 For the first instalment, I’d like to begin with a band that I discovered a little accidentally through a friend and an album that I believe the world needs to hear!  I’ve not had the opportunity to see this band live, but will for sure do so at my earliest chance.  The band hails from the nation’s capital of Ottawa and was considered by many to be “one of the best bands in Canada to never release an album”.  I had recently befriended a writer/reviewer from another website as we often take in the same performances, writing remarkably similar accounts of the event as well.  He recognized me at a show and approached, introducing himself.  We quickly buzzed each other’s ears off discussing “our brand” of sweet, sweet music.  The gentleman soon asked me for a small favour.  He would be unable to attend an upcoming concert due to prior commitments, but he had a friend travelling from Ottawa for the occasion, could I meet with him and introduce him to the promoters at the Rockpile.  The Rockpile Bar & Nightclub is fast becoming Toronto’s premiere rock club, creating their own music scene here with two locations, one at each end of the city.  This guy wanted to see about getting his band booked to play some gigs in the Toronto area and not even ever having heard of the band, I trusted my new friend’s judgement and took the chance to speak out for this band called SHOCK.  John Tennant, Shock‘s guitarist, seemed to be a real nice upstanding guy and we had a great time shooting the shit at the show.  I did make the introductions and he also forwarded me a copy of Shock‘s Once Denied album that was recently released.
.
In a tragic story and twist of fate another of Canada’s mega talented bands slipped away into oblivion and memories of yesterday…….but wait they’ve returned almost thirty years later and the metal world needs to hear this band!
. 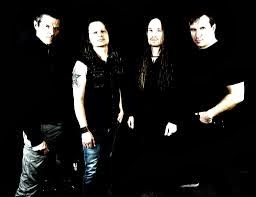 The band Shock from Ottawa, Ontario, Canada was making huge waves in the music scene in the mid to late 80’s garnering a reputation as the best unsigned band in Canada at the time.  Unfortunately, they broke up in 1990 after becoming frustrated in the finding of a suitable record deal and the members went on to other things.  2011 saw Shock reform with “a burning urge that they must address” unleashing their debut album in May of 2013 almost 30 years after their inception!  This album, Once Denied may have hit the record stores (if there is there even such a thing anymore?) shelves a few months ago, but the material was originally written back in the late 80’s.  The reformation sees original Shock band members, Tony V (vocals/guitar), John Tennant (guitars) and Steve Monette (bass guitar) being joined by newcomer Chad Walls (drums) and they are ready to take the musical landscape by storm.
.
They revisited their rather extensive collection of written music from the band’s original days in the late 80’s and chose the songs for Once Denied.  It’s unfortunate that they decided to only include 8 songs here as I for one certainly want more and you will as well after you listen.  “Fighting Chance” is a fitting opener as Shock‘s music has finally been given that with this release and a line of the song even says: “Once denied…now my right”.  Following that is “Full Speed Ahead”, an accurate description of all the songs here, this one containing some thrashy overtones.  Arguably their most popular or best-known song,“Slashing To Live” has a cartoon video to go along with it that really illustrates the self-defence message contained in the lyrics.  The next track, “Flaming Towards Earth” is the selection that I chose for to feature on the actual podcast episode (Hoser Heavy Metal Hour (Ep.#112)) and as Wally noted after I played it for him….“Holy old school Judas Priest”.  “Driven to Kill” features some blistering guitar work while “I’m Dangerous” keeps up the pace and high energy level.  “Paths Of Glory” has also received the video treatment and the chorus will have you singing to yourself long after the song fades away.  “Splitting The Atom” draws the altogether too short collection together but leaves the door open for more to come….or maybe that’s just my hopes talking there.
.
All in all, a truly excellent release that has quickly become a regular in my listening rotation.  Check out Ottawa’s Shock and their brand of 80’s power metal with some decidedly thrashy overtones and tell ’em The Meister and Decibel Geek sent ya!