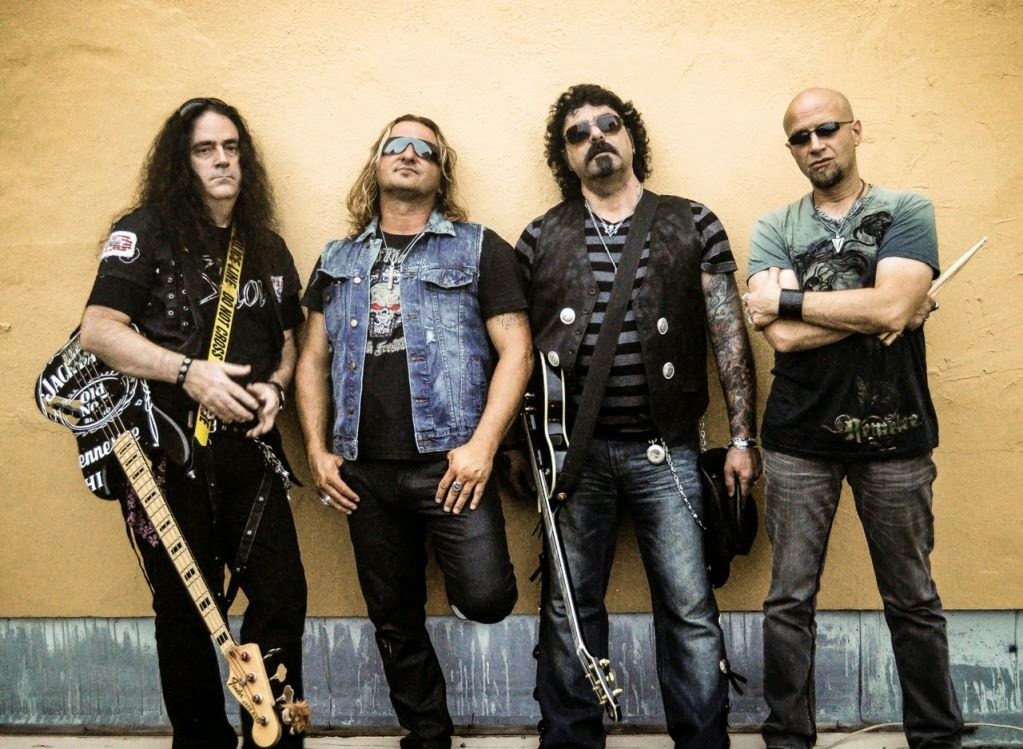 Skrou is a Toronto area band whose moniker is derived from a play on words from frontman and founder Sam Kirou’s name. Some time ago I was able to catch up with the hard working band at their gig at Fionn MacCool’s Irish Pub in Newmarket Ontario. No-one ever plays in my little north of Toronto town of Newmarket, but Skrou have not left us off of their concert map. These guys often play smaller towns all around the Southern Ontario region and present a rock and roll show including covers of some of the greatest “80’s hair-style” music and also their own awesome compositions. Skrou have released their debut CD (reviewed here on Decibel Geek by Wallygator: “Giving Us A Place To Shake” LINK) back in January 2014. The band has released two official videos for songs from that album, “A Place To Shake” and “Rock It Away”, but my favorite “Cold Heart” is still waiting for its chance at a video. Skrou have recently appeared on a local TV station CHCH during the “Live Music Fridays” segment performing their “A Place To Shake” song live in the studio (Skrou on CHCH TV LINK) and also been interviewed on Naked News Network (Skrou on Naked News LINK).

I was able to catch up with the boys at the bar in between their sets for a quick interview. Lead vocalist Sam Kirou, guitarist J.D. Fine and bassist R.C. Ricci took a few moments after the first set to answer some of my questions as the four of us crowded the rather small stage. The intention was to present this short interview in a video format, but due to some technical difficulties I am forced to present it in print format and I offer my apologies to Skrou for this issue. Here are the basics of our little chat:

After everyone introduced themselves for the camera, I asked how they had all come together. Sam fielded the question stating that “basically I found some of the best guys in Toronto that fit this band and what we do.” as guitarist J.D. Fine added that Sam had scouted them out of other bands.

Skrou are one of the hardest working bands I’ve seen around, playing shows all over Southern Ontario and when I asked about this bassist R.C. Ricci jumped in with “Well, this year, 2014 that is, we did over 75 plus shows” as Sam and J.D. both echoed that the band was on the same pace again for 2015. That’s basically every weekend of the year! 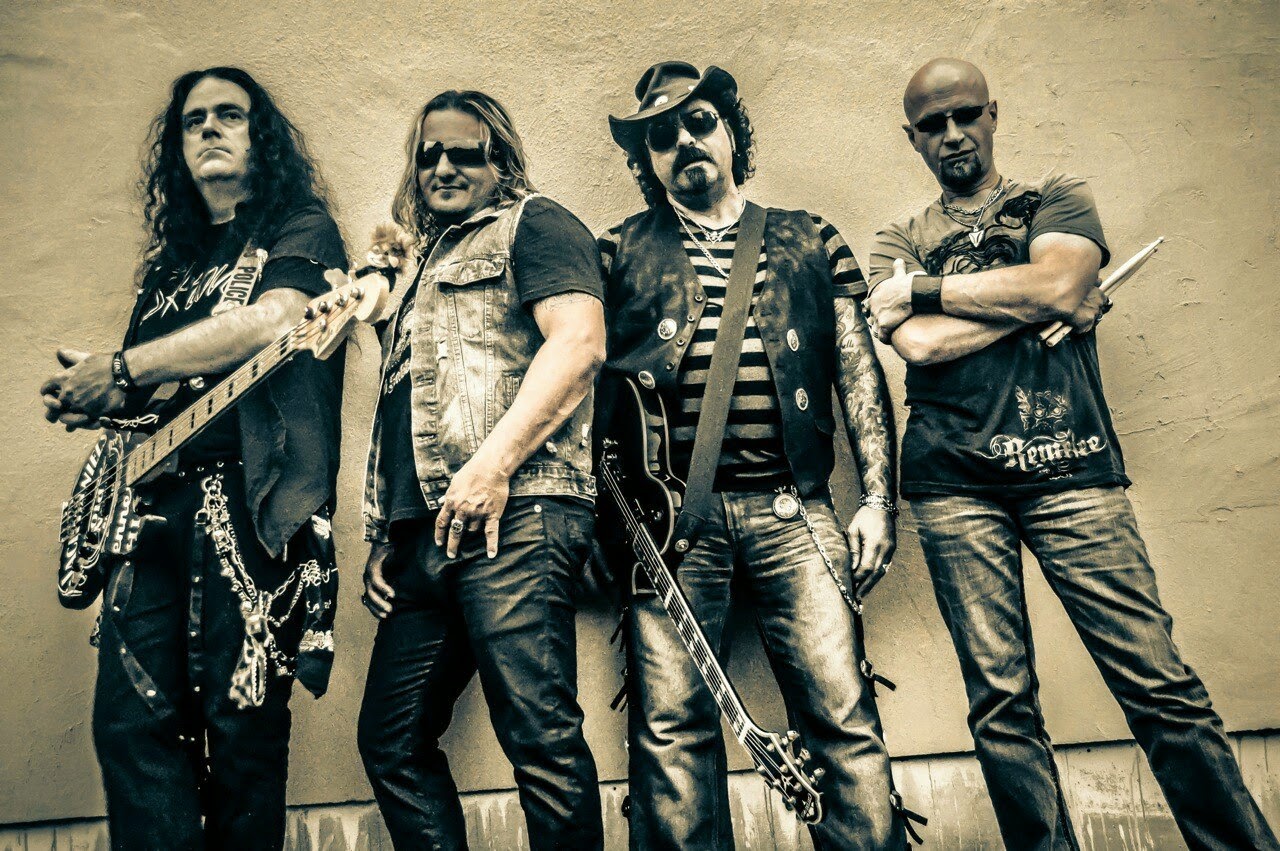 Sam says, “We hope that 2015 will be the breakout year for us. Something bigger than Ontario. And we have Rock Solid Entertainment on our side now as well.” So what is Rock Solid? “Rock Solid is a management company out of the U.K.” J.D. Fine answers as Sam quickly adds in “managed by Phil Taylor” as J.D. continues, “he’s giving us a hand, guiding us and sort of letting us run through the candy store.”. This is definitely great news for a local Toronto band to have Rock Solid guiding them along.

What about the debut CD? “We released it ourselves,” Sam tells me. “We self-promoted, we rented out a club in Toronto and it was a successful night apart from some shenanigans at the end of the night.”

“Well, we are in an Irish pub!” I offer as consolation.

When I asked where people can purchase the CD Sam responded with, “The debut CD or the new CD?” Hold on…there’s a new CD?

“Right now we’re working on it. We have all the chemicals in the vat and we’re letting it congeal,” says bassist R.C. Ricci.

Sam laughs as he adds, “It’s sort of like a Breaking Bad kinda thing right now. I think you guys are gonna enjoy this new CD. It’s gonna be heavy, a little heavier and darker than this first CD.”

“Thanks for taking this time boys,” I wrap things up as they all echo “Thanks to Decibel Geek for supporting live music.”

Don’t miss an evening of great rock and roll at the Skrou Rocks Show as it rolls through your town!