Some Things I Don’t Hate For Thanksgiving

Thanksgiving means different things to different people.  For some it’s turkey, family and football.  Not necessarily in that order.  To some it means storming the doors of a Wal Mart in search of that brag worthy deal.  And for some it means being forced to work at a retail store and deal with the worst humans America has to offer.  Amidst all of this is the idea that whether we shop, cook or sit on a couch, the overlying theme is we should all use this time of year to reflect on what we are thankful for.  But as the things I loved are tossed aside in favor of technological trends I find it easier to reflect on things I’m unthankful for.  I’m unthankful that just living my life meant hearing that dreadful Taylor Swift Shake It Off song about 100 times (so far.)  I’m unthankful Nickelback has a new record out.  Was that really necessary?  And boy am I unthankful for Beyonce.  Just stop.  Ugg.
But in the spirit of the holiday I will take off my Scrooge tinted glasses and give you a festive blog filled with things that don’t make me homicidal.  I give you…
Things I didn’t Hate About 2014. 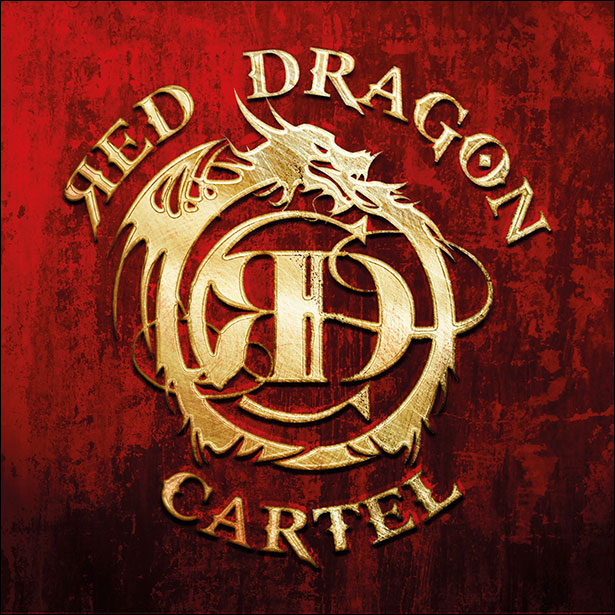 I didn’t hate the return of Jake E Lee with Red Dragon Cartel.  My most played new release of the year hands down.  Of course I hated him canceling his Minnesota date.  I was really looking forward to it.  Speaking with John Vrocker, the promoter who booked them into Pickle Park, he said it was somewhat of a logistical decision made a couple days before the show based on the length of the drive for the show following their only Minnesota date.  Love the record Jake.  Glad your back playing rock.  But isn’t touring basically one long drive?
I didn’t hate Paul Stanley’s autobiography.  Although he sure comes off angry for a guy who got all he ever wanted.  I would rank it second, behind Peter’s, of all the KISS autobiography’s in the entertaining read department.  More believable I suppose.
I didn’t hate KISS finally getting inducted into the Rock And Roll Hall Of Fame.  I hated all the drama that unnecessarily came with it.  While I do think Gene and Paul owed it to the fans to suck it up and play a couple songs with the original band I mostly blame the HOF.  Not for excluding anyone who was in the band after the original four.  I blame them for not doing this when KISS was first eligible.  KISS in 1999 consisted of the original four members.  Had they done it then, like they should’ve, it would’ve been a proper way to celebrate my favorite band.    Still I liked the humility in Gene’s speech.  I liked how you could tell how much it meant to Peter.  And I liked how Paul reminded the powers that be they are all douche bags who can suck it.  And he should’ve never spoke of it again.  By carrying on like he did he looks like a whiny little baby.

I didn’t hate seeing Don Jamieson when he performed at the New Hope Cinema Grill last March.  He was quite funny and his show was my first official review of any sort.  Meeting him after the show was cool.  He came off exactly as he seems on That Metal Show.  Nice guy.

I didn’t hate that George Thorogood didn’t release any new music this year.  Thanks for that George.
I didn’t hate American Dog’s latest release Neanderthal.  In fact I love it.  I was pretty late to the party on this band.  Another reason I should do anything Rob Kern from FOON (From Out Of Nowhere podcast) tells me to.  Without Rob there would be no #Stargrilling.  And a world without #Stargrilling is no place to be.
I didn’t hate Ace Fernley’s latest solo album Space Invader.  While not great you have to consider he’s in his 60’s and sounds like he’s having fun.

I didn’t hate seeing the Puddle Of Mudd singer barely make it through a set.  My only complaint would be if you’re gonna be a train wreck, why not go all in?  Despite his clear aversion to the gravity in the room, he and the band sounded alright.  But if you aren’t gonna be at your best, is it too much to ask you be at your worst?

I don’t hate that FatCat Radio continues to fill my computer speakers with real hard rock on a 24/7 spin.  With terrestrial radio pretty much where good music dies it’s nice there is a place for those who take substance serious.

Surprisingly I didn’t hate the Bullet Boys when they came to Minnesota (another John Vrocker production) this summer.  Much like Puddle Of Mudd, I went almost rooting for a train wreck but what I got was a kick ass rock show.  The band has been lead singer Marq Torien and whoever he could convince to play for a six pack of beer for over a decade so I didn’t expect a real show.  I was wrong.  It’s amazing how much good music was packed in those first two albums and the band I saw delivered.

I didn’t hate that Slipknot released their first new music since the passing of Paul Gray in 2010.  In typical Slipknot fashion it took me a few listens to really get into it but I have become quite fond of it.
I didn’t hate the latest Foo Fighters release.  I didn’t love it as much as I was hoping but I didn’t hate it.  Maybe this was something Dave needed to do but I think for the next record he just needs to sit down and write a rock record.
In another shocker.  I didn’t hate standing in line for 2.5 hours for Foo Fighters tickets.  I took me back to simpler time where fans got first crack at tickets and scalpers worked out of parking lots on the day of the show.  With scalping legalized more places, the internet making that irrelevant anyway and promoters working with aftermarket resellers at an increased rate, I’d like to see more of this.  The people who want the ticket should at least have an opportunity to buy them first.

I didn’t hate Know Name Records doing a listening party for the red headed step child that is KISS Music from the Elder.  Even if it was done to pay off a bet it was cool with the record on constant play, prizes drawn and a star studded affair which saw Tommy from Three Sides
of the Coinas well as Bakko from Jesus Chrysler (talk about an ego on that guy) in attendance.  DannyBeck, the man responsible for the event, won’t admit it but deep down he has a deep affinity for this classic KISS album.

I didn’t hate being brought into the Decibel Geek family.  I look forward to the next year and my first contributions to KISSmas in July.  So to Chris, Aaron and everyone else at Decibel Geek thanks for having me.
Happy Thanksgiving.  Now get off my lawn.
HATE MAIL