The Electric Messengers Want Us To Walk In The Starlight! 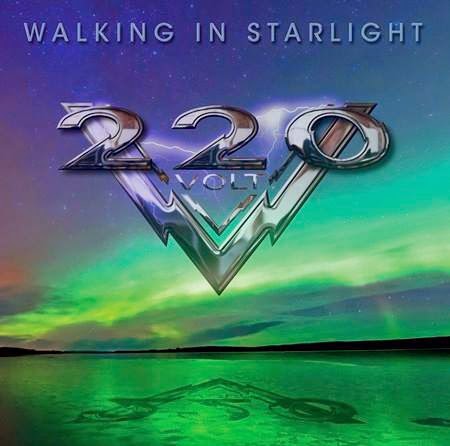 The debut album came out in 1983 and their biggest hit was a Christmas song. In the 80´s they toured with AC/DC, Nazareth and a couple of other huge bands and they worked with famous producer Max Norman. They started out as a heavily NWOBHM influenced band and slowly became more melodic. They were branded as one of the prime contenders to Europe in the late 1980´s. The band was defunct for ten years but in the early 2000’s the circuits slowly started to power up once more. The band name is a reference to the voltage used in many European homes.

I´m talking about Swedish veterans 220 Volt and now they are back with an all-new album – the first in 17 years. In reality, it´s 23 years since the last all-new album was recorded. 220 Volt formed in the northern Swedish town of Östersund as far back as 1979 during a round of miniature golf. During their formative years, they were heavily influenced by the then current wave in the UK with bands like Saxon, Tygers of Pan Tang, Angelwitch and Iron Maiden among others. 220 Volt recorded a first 7 track demo tape in June 1982, and soon another 5 tracks were laid down. The guys then took two tracks from these sessions and financed their first single on their

and financed their first single on their own called ”Prisoners of War” b/w ”Sauron”. It was pressed in only 500 copies and released in November of 1982. It is a rare collectors item today. The single was reissued on CD as bonus tracks on the Lethal Illusion album in 1997. The lineup in 1982 was Christer ”Frille Åsell” Nääs on lead vocals, guitarists Thomas Drevin and Mats Karlsson, bass player Mike Larsson and drummer Peter Hermansson. The first single was picked up by a New Jersey radio station which put it in rotation. That caught the interest of major label CBS and soon the ink dried on the new contract. 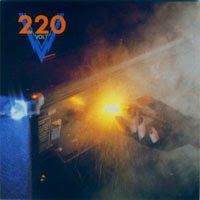 When recordings started for the self-titled debut album the label insisted that Åsell’s vocals was not up to par and demanded a change. Åsell left to join Empire and enter Joakim Lundholm (ex-Mugabe). The debut album was recorded in Stockholm with Thomas Witt picking up production duties. The album was a success with more than 10,000 copies shifting hands in Sweden alone. Working while the iron was still hot the band followed up with the sophomore effort, Power Games, released in February 1984 and it featured 8 tracks again produced by Thomas Witt. Strangely the label convinced the band to add two bonus tracks (”City Lights” and ”Screaming For a Riot”) for the cassette edition of the album. These tracks can now be purchased digitally only. The album started off with fan favourite and concert opener ”Firefall” and picked up where the debut left off in true NWOBHM fashion. 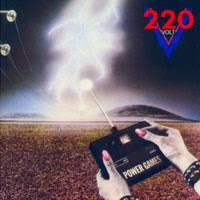 The band also cut a separate Christmas single called ”Heavy Christmas” which was released on 7” vinyl and became a huge success. It may still be their most known song today and mandatory every Christmas in the home of The Lionsheart. CBS showed confidence in the band by putting them on tours with Nazareth and German metal band Bullet, but they soon found themselves back in the studio recording their third opus. Mind Over Muscle. Prior to the recording guitarist Thomas Drevin left to join Åsell in Empire and was replaced by newcomer Peter Olander. To further market the band in North America, a collection of the best tracks from the first three albums were released as Electric Messengers in June 1985. A tour with AC/DC followed to promote the new album.

Problems and Breakthrough
Problems started to show their ugly head and the bands momentum stalled when all of them had to perform mandatory military service with the exception of Olander. After the military duties were out of the way, a ”best of” album with remixed songs and a couple of new ones was quickly set up 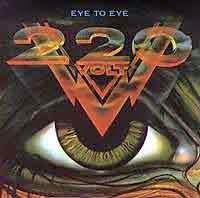 and released as Young and Wild in 1987. The band had a hit with the power ballad ”Lorraine” in the Scandinavian countries and introduced a more melodic and commercially viable sound shrugging off most of the NWOBHM influences. To continue on that successful path CBS set the band up with famous producer Max Norman for the band’s most successful and in my opinion best album to date, Eye To Eye, released in 1988. Support for the album included a co-headlining bill on the Swedish Monsters of Rock touring package, sharing headlining duties with Treat. This was one of my first concerts attending it in my small hometown as a 15-year-old. I still remember the band completely blowing me away and leaving my stunned by the performance. This particular day the band was in the headlining spot.

The End?
The album spawned the hit singles ”Beat Of A Heart”, ”Still In Love” and ”Love Is All You Need”. The album did really well and the band recorded a new album to keep the bandwagon rolling but problems started to set in. The music business was changing with the Seattle wave gaining ground and melodic hard rock on its way out. 220 Volt played their last gigs in Stockholm on May 29th and May 30th, 1992. The recorded album had been shelved for a time and there was no way forward at that point. Some of the guys continued under the name Voltergeist with new vocalist Per Englund (ex-Blacksmith).

Back In The Game
Fast forward to 1997 and melodic hard rock was starting to fight its way back with HammerFall, among others, making the genre popular again. It was time to release that long lost album and small Swedish label Empire Records put it out as Lethal Illusion and at the same time releasing that very first single on CD for the first time. The release raised the hopes and anticipation for a possible 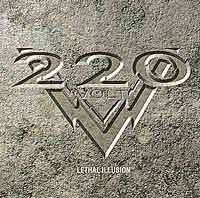 reunion.  That had to wait until 2002 when the band reformed, but this time opting for original vocalist Christer Åsell as frontman and now axe slinger Drevin was back in the fold as well. I´m sure that there were some reasons for that, but I am convinced that it contributed to it not being as successful as it could have been. The music the fans had learned to love was the melodic hard rock guided by Joakim Lundholm’s very personal voice and vocals. The band played the famous Sweden Rock Festival and issued a ”new” record called Volume 1 with some re-recorded songs from the early years, a couple of new ones and some live recordings. This was again a self-financed limited press. The 1000 copies made sold out in two weeks. A live album followed in 2005 called Made in Jämtland, named after their home county, but the band became dormant again in 2008 when Peter Hermansson left. The band made another attempt by recording an EP with some re-recorded classics including ”Heavy Christmas”   and ”Firefall” with Joakim ”Jocke” Lundholm back in the band in 2009. Unfortunately, they wanted different things and Joakim Lundholm chose to continue with his band Kraftztoff and the rest of 220 Volt started to look for a new singer. They found Anders Engberg (ex-Lion´s Share) and soon there was a record contract on the table from German label AOR heaven. Still being without a permanent bass player when Mike Larsson did not take part in the last reunion Lars Ericsson (The Summit) and Johan Niemann (Evergrey) handled the bass on the album as session musicians.

Walking in Starlight
With the entire back catalogue re-released in digital format there was a renewed interest in the band and soon recordings for a new album started. The result is the excellent comeback album Walking In Starlight. The new album was produced by the band and mixed by Max Norman och Ronnie Björnström. This album features most of the elements present in the band’s repertoire except for one and very important thing – Jocke Lundholm’s vocals and that is not taking anything away from Anders Engberg. He does an outstanding job and really shines on the album. I´ve been a fan of Lion’s Share since 1997 so I know what a great vocalist he is, but still some of the unique identity is being lost. It is not a return to their NWOBHM roots and in that perspective it might lack some attitude and youth but is more in the vein of Lethal Illusion with its more blues infused hard rock. In that respect, it also separates itself from the more produced and polished sound of Eye To Eye.

The album starts off with a real stunner and definitely the best song on the album – the title track ”Walking In Starlight”. Some really nice guitar chops from Karlsson and Drevin and a really cool riff. A heavy yet very melodic song with a superb chorus and punchline! The album is throughout very consistent with strong choruses and riffs. I really just want to crank the volume to 11 and bang my head. One of the strongest in the entire catalogue. Well done boys! The songs are mostly in mid-tempo with some nice twists and turns, always keeping your focus on the music and also keeping you interested. If there is a weakness to the album iit’s that it lacks a bit in identity and except for the title track there is not really a standout track like ”Beat of a Heart” on Eye to Eye. There is however, not a bad song on the album and they all deserve their place on the album. My personal favourites include the already mentioned “Walking in Starlight”, “System Overload”, “Blind” and “Through the Wastelands”.

Summary
All in all this is definitely the strongest effort since 1988 Eye to Eye. Where Lethal Illusion is a mixed affair and was lacking in consistency, being very much up and down with a couple of fillers, this album is strong in every part. The guys have really come up with a new classic track in the making of the title track which, in my opinion, really stands out from the rest of the songs. In that respect, I don´t think Walking in Starlight really reaches the highs of Eye to Eye which I still hold as their ”Magnum opus”.

220 Volt has always been one of my favourite Swedish bands and they have really been missed. When Jocke Lundholm does not want to do this anymore this is as good as it can be. I would give this album a high rating of 7 out of 10 and I´m really looking forward to seeing the band live somewhere in the near future. It’s only been 27 years since I saw them last time. Welcome back and hope it’s for real this time!