On February 14, 2000 KISS announced at a satellite press conference from Los Angeles that they would be embarking on a Farewell Tour, a final tour for the band. 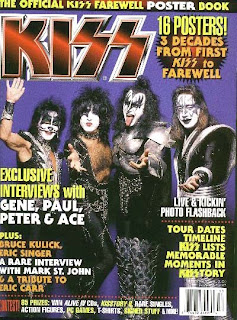 I still own the special edition magazine that Metal Edge put out at the time to commemorate the Farewell Tour. The first sentence in the magazine reads like this:

“After nearly three decades as a performing entity, KISS is calling it quits, ending its legendary career with one last Farewell Tour.”


Here is an interesting quote from Gene Simmons from that magazine:

“I can’t envision another incarnation of KISS with different members.”

A quote from Paul Stanley from that magazine:

“It’s real important for us to quit in our prime. Some people don’t understand it. They don’t understand why we would stop now. But it’s the perfect time to stop. I don’t want anyone to come to a show and say ‘Remember when they were great’ or say ‘Boy, they could lose a few pounds.'” 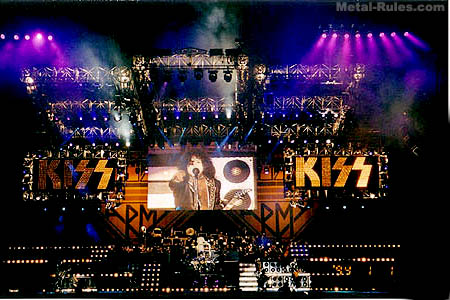 Question: Is this a real farewell tour?

Answer from Peter Criss: “Absolutely. Without a shadow of a doubt. It’s as real as a heart attack.”

I saw the Farewell Tour on June 13th in Milwaukee and it was a great show, although I wished Gene had gotten his way and had Cheap Trick opening instead of a Bachless Skid Row and certified imbecile Ted Nugent. 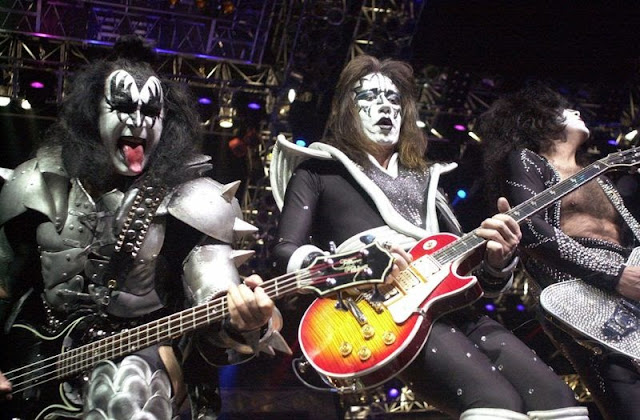 The last show of the Farewell Tour took place on April 13, 2001 at Carrara Stadium in Australia. Less than two years later KISS launched the World Domination Tour, which they would co-headline with Aerosmith, with a warm-up gig in Melbourne, Australia.

Did Gene Simmons and Paul Stanley ever really intend to quit? Was it ever actually a Farewell Tour, or just a clever ploy to lure more fans out to the shows?

Consider this quote from Paul Stanley at the time: “There couldn’t be a rival to the Reunion Tour (Alive/Worldwide) but the Farewell Tour.”

So true. Especially in terms of putting asses in the seats.

But then Paul added to the statement: “The final farewell.”

He put a tag on it. Nothing open-ended about that statement. A tad redundant, actually, but it certainly conveys a clear, concise message. Final is final, is it not? 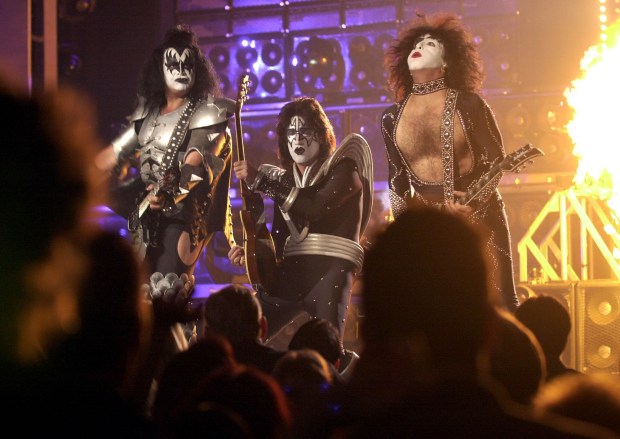 I still remember seeing KISS in their first post-Farewell Tour appearance, barely one year removed from the final farewell, on the American Bandstand 50th anniversary television special. I immediately recognized Tommy Thayer under the spaceman make-up and felt betrayed. Some would say I had no right to feel betrayed, but I don’t understand that logic. I’d been a KISS fan since age five, bought every record, wore the band’s shirts to school in the eighties and got made fun of for it, I cried real tears at the first reunion show I saw at the Bra
dley Center, and suddenly seeing Tommy Thayer up there impersonating Ace Frehley less than two years after I’d paid good money for a ticket to the Farewell Tour…the final farewell? I was angry. 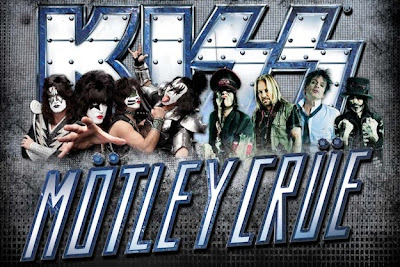 I do not have a problem with the band replacing Ace or Peter, and I understand that neither Ace nor Peter were ever fired from the band, but dressing Tommy and Eric up as Ace and Peter…I take that as an insult…yes, an insult to me, a devoted KISS fan for most of my life. If Tommy and Eric had joined the band as new characters with new make-up designs more than ten years ago by now the casual fan wouldn’t know the difference and the serious fan wouldn’t have to make a compromise with reality in order to somehow accept a brazen charade.

I love KISS, I stand up in defiance to those who would cast aspersions on Unmasked or The Elder, Asylum or Crazy Nights, but Tommy Thayer singing “Shock Me?” Fuck that. I like Tommy Thayer, I’ll slap a Black N Blue record on the turntable anytime, I don’t even blame him for accepting a well-paying gig, but maybe back in 2002 if he’d come to Gene and Paul with his own make-up design and pleaded his case, if he’d respected the legacy of the band more than the band itself, well…shit. It just sucks. I don’t blame Tommy and Eric, not very much at least, but I wish Gene Simmons had lived up to what he said in that magazine in 2000:

“I can’t envision another incarnation of KISS with different members.” 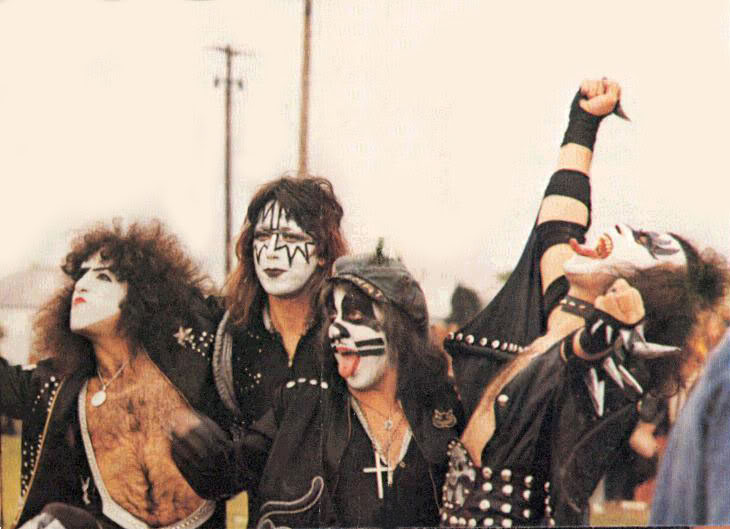