The Storyteller Unleashes the Sacred Fire in February 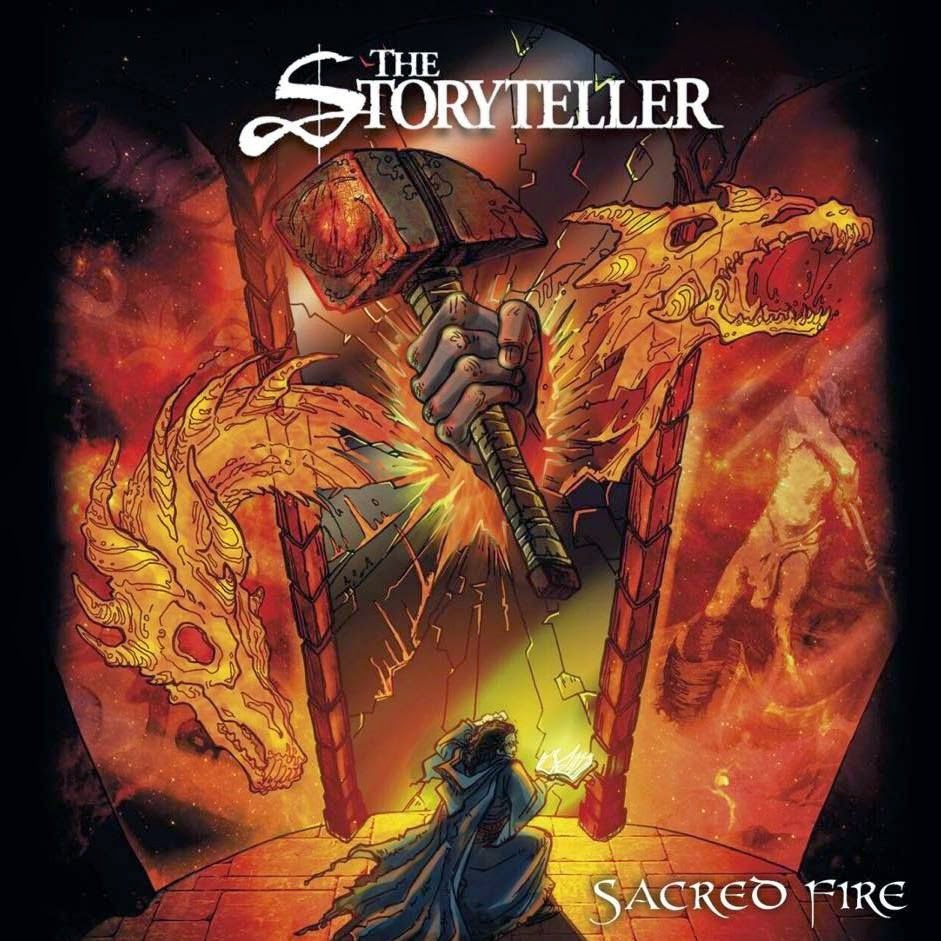 The Storyteller unleashes the Sacred fire in February 2015

Power metal outfit The Storyteller formed in the Swedish town of Gävle in 1995 when, two friends L-G Persson and Fredrik Groth, decided to start playing acoustic songs with medieval influences together. This project soon evolved into more electric stuff in the form of a band known for its melodic power metal with medieval and folk music spices mixed in.

After a couple of line-up changes the band was discovered by the small Swedish label No Fashion Records and they released their self-titled debut album in the year 2000. The band now consisting of main men L-G Persson (lead vocals and bass) and Fredrik Groth (guitar) and joining them were Martin Hjärpe on drums and Lars Martinsen on guitar. 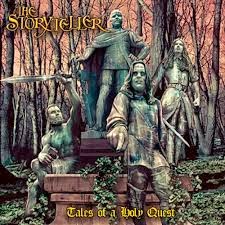 From the very beginning the band cut out its own niche in the overcrowded power metal genre with adding medieval instruments and inspiration along with very strong choruses and huge choirs to back them up. The bands reputation as a live act grew and the amount of fans increased exponentially in the next few years. They released a string of very strong efforts including 2003 highlight ”Tales of a Holy Quest”. Joining the band for that release was Jacob Wennerqvist on lead guitar replacing Martinsen. Being a concept album based on the shameful persecutions of innocent victims by the church in Sweden branding them as Witches in the 18thand 19thcentury.

The Storyteller opened up for bands like Helloween, Gammaray, Stratovarius and Hammerfall. They played two times at the famous and prestigious Sweden Rock Festival in the early 00’s but being on a small record label meant limited marketing and financial backing. By 2005 the band was on the verge of a larger breakthrough being offered the support slot for a major band and a tour of Europe. Disagreements arose with the record company over the cost of the tour and disappointed in not getting this chance to prove themselves the band went on hiatus indefinitely. Band leader L-G Persson then formed a new band called Crystal Light with long time Storyteller guitarist Jacob Wennerqvist, guitarist Marcus Backlund and bass player Marco Lehto. A demo was released in 2008. 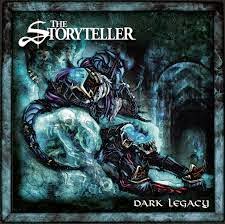 In 2011 L-G Persson and Fredrik Groth decided it was time to take The Storyteller out of its hibernation and blow some life into the band once again. Just before the recording of the comeback album ”Dark Legacy” (2013) Groth left the band and was replaced by Crystal Light guitarist Marcus Backlund. Bass player Johan Sohlberg was not part of the reunion and the bass duties were filled by Henke Brannerydh after ”Dark Legacy” had been recorded, Wennerqvist and Backlund handling the bass on the album.

The Storyteller now unleashes their 6thalbum showing they´re back for good and they mean business! ”Sacred Fire” comes with all the usual trademarks you expect from The Storyteller, pounding double bass drum, massive hooks supported by big choirs, medieval inspired and thoughtful lyrics and the superb raw vocals of main man L-G Persson. This time the band has drawn a lot of inspiration from ancient Greek mythology. For example the song ”The Ferryman” is about the Greek God Charon transporting dead souls across the river Styx. With this being said The Storyteller is not your regular power metal band that you can find down the street! 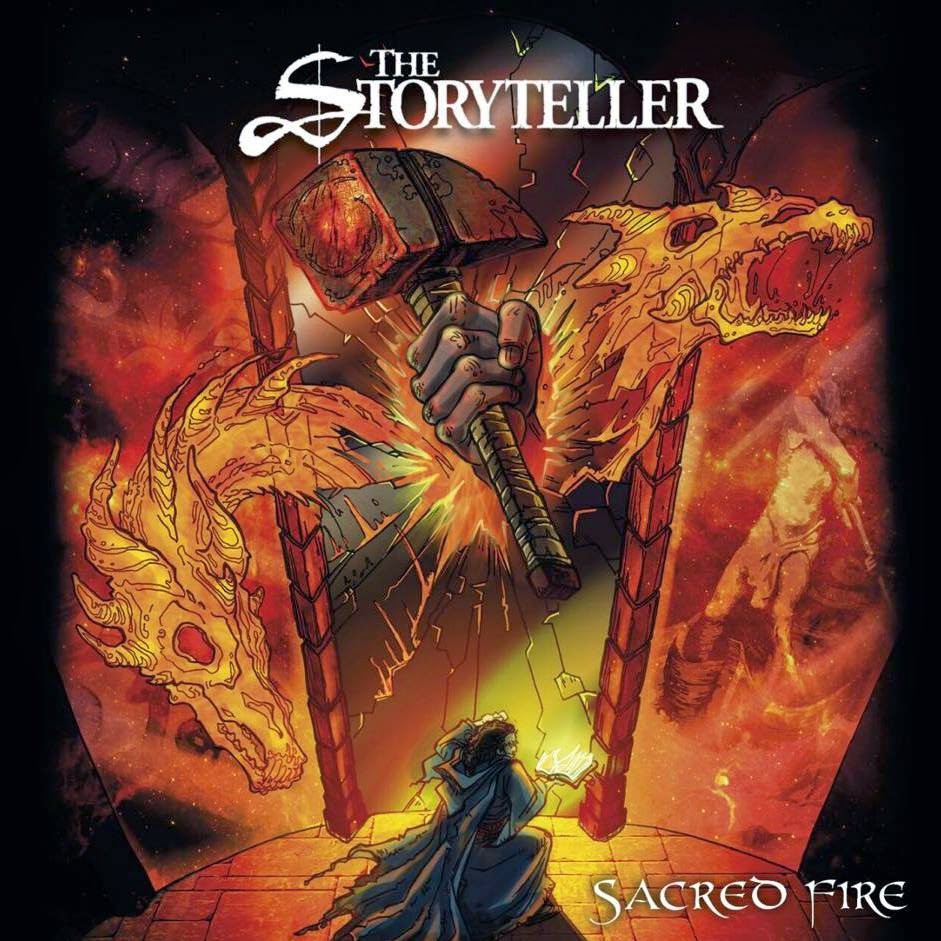 The album opens up in a strong fashion with ”As I Die” which is a typical uptempo power metal song with a strong chorus. Lyrically it´s based around a warriors plea to the Gods to sit by their side as they die in battle. A worthy way to start off with. It is then followed by the first single and first video ”One Last Stand” which starts off with Priest-esque fast and heavy riffing driving the verses just if they had been written by Mr Tipton himself. The song then changes tempo into a very melodic and great chorus. The song seems to tell us all about what is going to happen on the very last day (Armageddon). A very strong effort indeed.
Then it´s time for the title track which starts out with galloping drums in true power metal fashion that quickly slows down into an almost acoustical start of the first verse. The song again changes tempo back to the fast drums for the chorus. The lyrics tell the story of a blacksmith creating the ”Sacred Fire”. Then follows the epic ”The Ferryman” based on the mythology of Charon and the river Styx. This is an epic masterpiece with a massive chorus backed by huge choirs and a song easy to sing along to. Easily the strongest effort so far.
Just as if to compensate for this heavier and slower song ”Serpent Eyes” follows suit with its speed metal drive and the band just hits the pedal to the metal. The Greek mythology continues on. This song is a about the legendary horrible female creature, Gorgon, which had hair of living venomous snakes and could turn you to stone with their gaze. The song reminds me of early Helloween stuff minus the falsetto vocals. This ensures a varied album with lots of different styles being served up but never straying too far from the expected formula.

Now follows what I would say is maybe the strongest song on the album called ”Sons of the North”. The song starts off in a very fast pace, very similar to Running W
ild, but then again becomes heavy and epic in the build up for a melodic and enchanting chorus supported by a huge choir. I found myself toe tapping and singing along to this song without even noticing it at first. This song also has L-G Persson singing his heart out and delivering the vocal performance of the album.

Being ecstatic of what I just heard, the album continues on with the song with the longest name on the album: ”In Search of Treasures, Stones and Gold”. This is a regular power metal song with a great and majestic chorus but not the strongest effort in my opinion. The lyrics tell the tale of treasure hunters searching for gold. A song in the typical Storyteller fashion and ending with a short medieval inspired acoustic piece. Not bad at all just not the strongest hand in the deck.
”Sacred Fire” then continues with the only ballad of the album, “Coming Home”, and this is a strong one. Not always a fan of ballads this song has me showing the white flag and surrendering to the great chorus and L-G’s fantastic vocals on this one. It really adds value to the mix and gives the album a great variety!

I am harshly being awakened by the thumping bass and pounding drums of ”The Army of Southerfell” which is an upbeat song with a huge chorus again. This song is about the English legend of a spectral army marching this ridge on midsummer’s day 1745. The album continues with another upbeat song, ”Curse of the Seven Seas”. This song is about serving as a ghost on a ship, cursed for a 100 years. I guess the lyrics were inspired by the legend of the Flying Dutchman. A great song with a really strong lyrical content.

The album finishes off with two more typical power metal and upbeat songs called ”Let Your Spirit Fly” and ”God of War”. “God of War” deals with the battle of Troy and the struggle between the God Ares and his sister Athena. These songs are in no way groundbreaking but great songs very typical of the Storyteller.

To sum it all up this is the strongest effort since ”Underworld” was released in 2005. I would give this new album a rating of 8 out of 10. Not as prominent as 2003´s masterpiece ”Tales of a Holy Quest” but pretty damn close. The Storyteller are back and they mean business! They continue to tell us about legends and stories of the past as they easily could have done by the campfire. They just do it in a metallic setting. If your not familiar with the band before they are definitely worth checking out.

The Storyteller on the web:
www.storyteller.nu