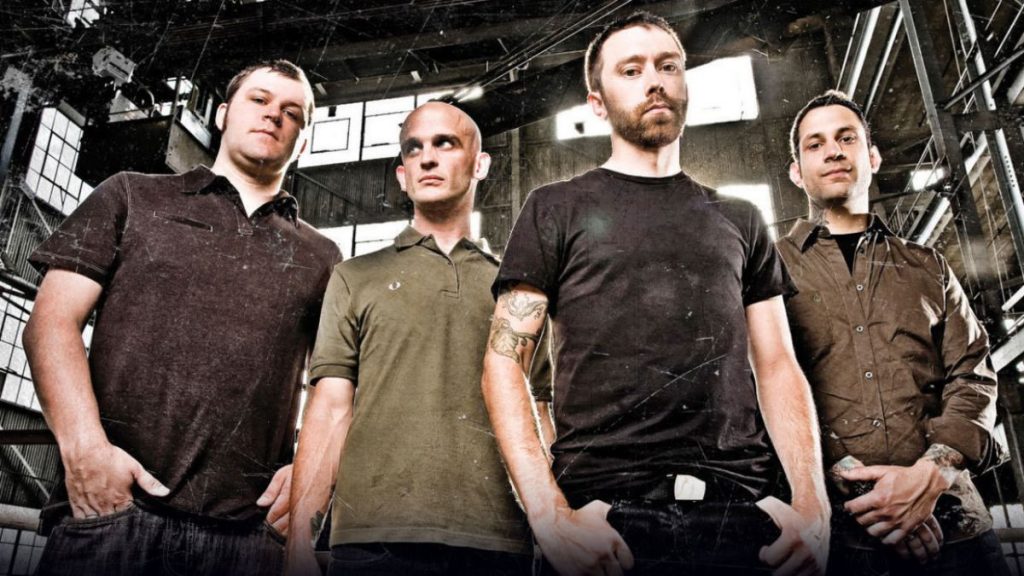 The darkness that besets this world has many who fight for the light side.  Bands can bring the light and dissolve the darkness whilst also developing thoughtful discourse through their music.  One such titan for me is the Chicago four piece, Rise Against.  They are able to draw the listener in with energy and power and make the music bristle with intelligence.  I have never experienced such musical highs than listening to songs such as “Savior” or “The Great Die -Off“.

The leader of this pack of punk pioneers is the humble preacher Tim McIIrath.  McIlrath attended Rolling Meadows High School in Rolling Meadows, IL.  In one memorable part of the 2010 documentary, Generation Lost, his father fondly remembers how Tim’s mother would have to make him go out and play, as he would spend all his time reading.  In college (Northeastern Illinois University), McIlrath majored in English and Sociology until he met bassist Joe Principe at a Sick of It All concert and subsequently left college to join a band.

The band started out with debut album The Unravelling (2001).  This was a fearsome fusion of punk power and melodic twists.  The album smashed down the genre doors and opened my eyes to a brutal checkpoint that was wonderful and refreshing. 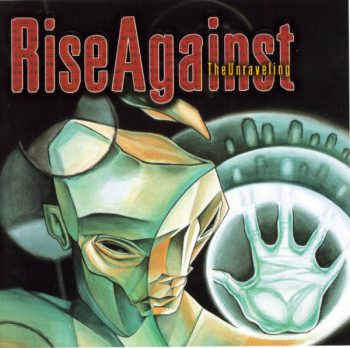 This album hits you with its mix of hardcore screaming and more melodic passion.  Tunes such as “My Life Inside Your Heart” really call for your attention.

Likewise, “The Art of Losing” breaks the speed limit and fuels adrenaline.

2003 saw the band release Revolutions Per Minute, which I think is more brutal than the debut.  This is probably my least favorite of the Rise Against discography.  Weirdly, I am not a fan of the production on this long player as well (a bit tinny in my humble opinion).  The songs are strong, but nothing sticks out like tunes on the debut.

In 2004, Siren Song of the Counter Culture was the third studio album to be released by the group. It was Rise Against‘s first album on a major record label, after the band signed with DreamWorks Records. The recording sessions for the album with producer Garth Richardson were split between two studios in British Columbia. The step up from the first two albums was marked.  The songs were stronger and the rock solid production sold me on the record.  It is one of my favorite collections by the band and was starting to move to an excellent sound. 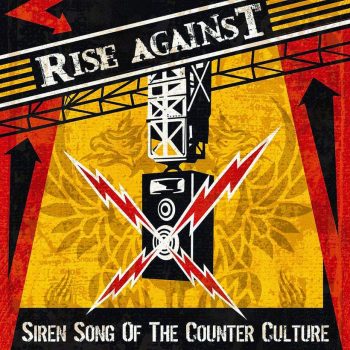 For this period, the breakout record was The Sufferer and the Witness, which was released in 2006.

This cracker is one of my favorites from the band.  Wonderful production and memorable melodies spark across this heavenly shroud of sonic perfection.  When you take in the glory of “Injection” or the brooding nihilism of “Ready To Fall”, the whole of the punk world seems too small.  The layering of the guitars and the crisp crunch of Brandon Barnes’s drumming makes you smile.  Across the musical boat of the band, the steering of the ship is under the command of bassist Principe.  With Chris Chasse adding great guitaring, the record is near perfect for the genre.  Chasse was later to be replaced by Zach Blair after he developed a dislike to the grind of touring, but his legacy is here for all to wonder at. 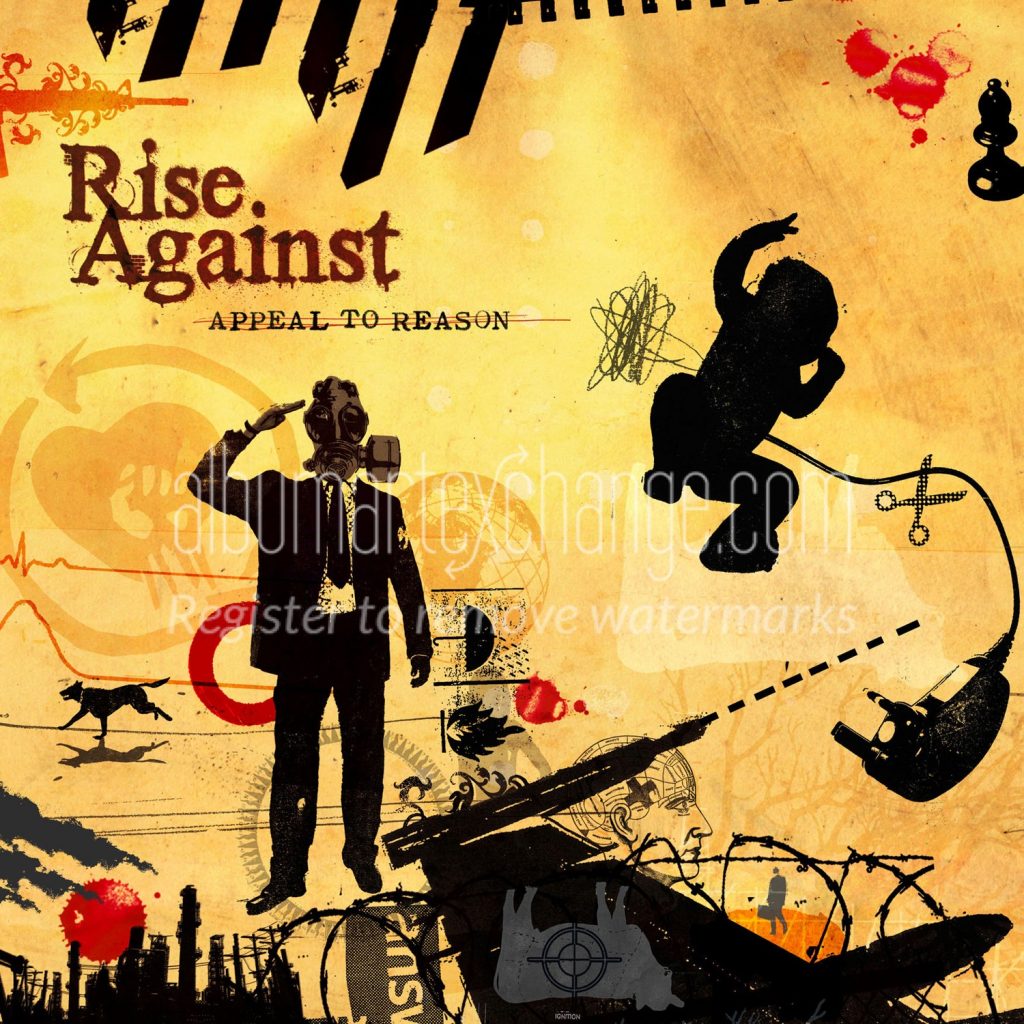 The quality of later years’ music for Risk Against was phenomenal.  They released their seminal album Appeal to Reason in 2007 and their popularity rocketed. However, critics were divided in their opinions of Appeal to Reason. Some commended the album’s more radio-friendly sound, whilst others found time to bemoan the band’s move away from harder punk. The album produced three singles: “Re-Education (Through Labor)“, “Audience of One” and “Savior“.  It still stands as a testament to the quality of Rise Against.

2010 saw the release of one of my favorite records in their catalog.  Endgame was deeply political and an artistic triumph.  Social and political commentary constitute the majority of the lyrical content. The main theme of the album revolves around the end of humanity. When asked about the lyrics, McIlrath commented: “Every day, there’s news about our financial system or the environment collapsing or stories about nuclear proliferation.“

The music is top notch with “Make It Stop (September’s Children)” being my favorite on the collection.  The sheer emotional pull of the music is undeniable and, even if you don’t like punk, this should be listened to for the quality. 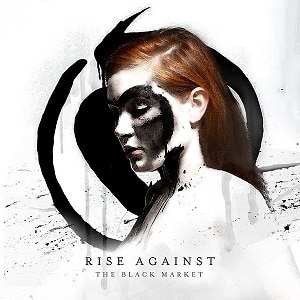 Two further new studio albums were released.  2014 saw The Black Market being given birth to.  This is my favorite of all their albums, as it is the one that I found first.  From the anger of “The Great Die-Off” to the introspection of “People Live Here”, the band holds the listener in thrall.  It is a twelve piece master work for which there is very little to dislike.

Wolves was set free in 2017 and, even allowing for some great songs, it fails to deliver what I would expect.  The songs don’t move me the way that other earlier tunes do.

Ghost Tunes closed out their catalog in 2018, but it is just an acoustic reworking of their tunes – not a patch on the originals.

People may ask why Rise Against stand out over other punk legends like Bad Religion or Rancid and my answer is simple – the earnest anger and thoughtful lyrics.  Rather than “Los Angeles is Burning“, we get “Help Is On Its Way“.  There is anger, yet there is heart and I love Rise Against!

We’re bringing the music back this week as we celebrate the return of the Radio Sucks Radio Show! We’ve dug deep to