UNDERRATED BANDS OF THE EIGHTIES (Feature) 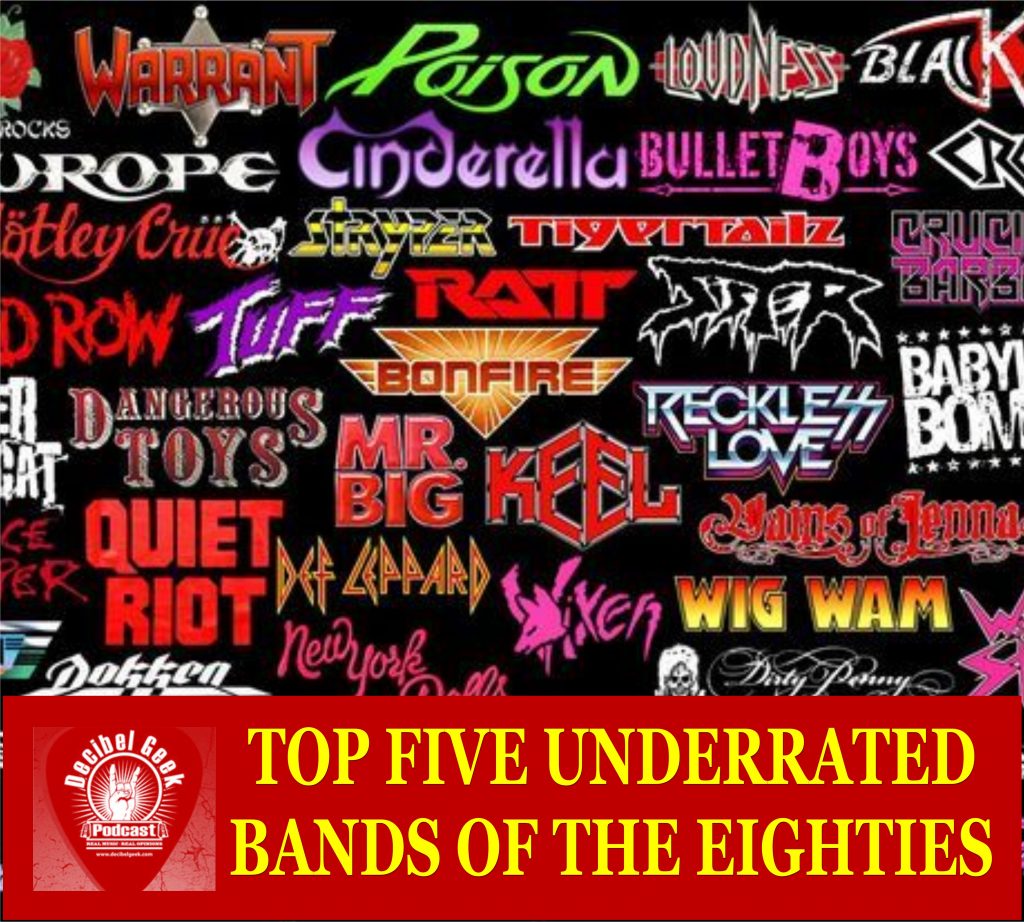 One of the latest great episodes of the Decibel Geek Podcast looked at the Eighties for Aerosmith and I therefore wanted to add thoughts about the top five most underrated bands of that era.  I love Eighties rock and really dig some bands from that era who were never as big as they should have been in my opinion. Feel free to tell me who I have forgotten and why! 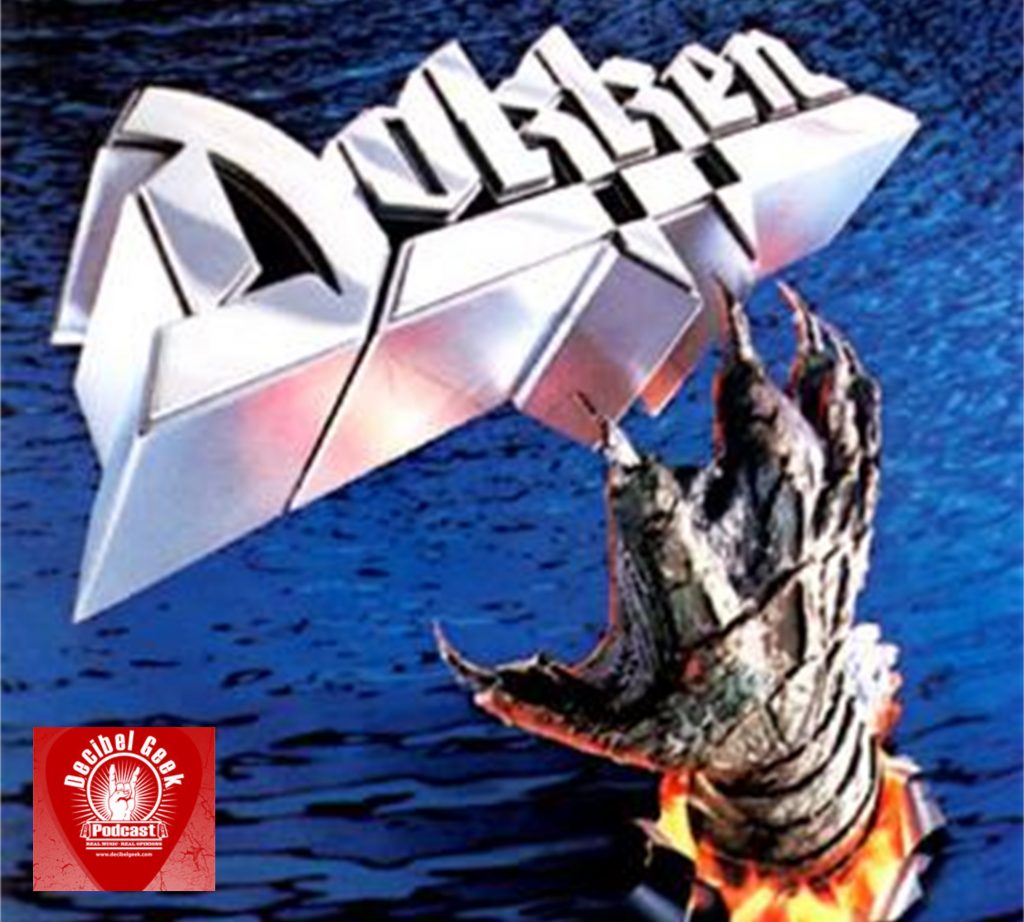 Dismissed as a load of hair and not much else, they were far more technically proficient and talented than bigger bands like Motley Crue.  Don Dokken along with George Lynch on guitar, Jeff Pilson on bass and Mick Brown on drums, made some classic albums. For me, the absolute pinnacle of their craft was the Back for the Attack album with bangers like “Burning Like A Flame” and “Prisoner” in their arsenal.

What sets them apart? Well, the songs are memorable! Don‘s voice (now sadly shot) is stupendous and Lynch plays guitar like a turbo charged Eddie Van Halen.  What’s not to like?  However, all good things pass and, when Lynch left, so too did the essence of the group. 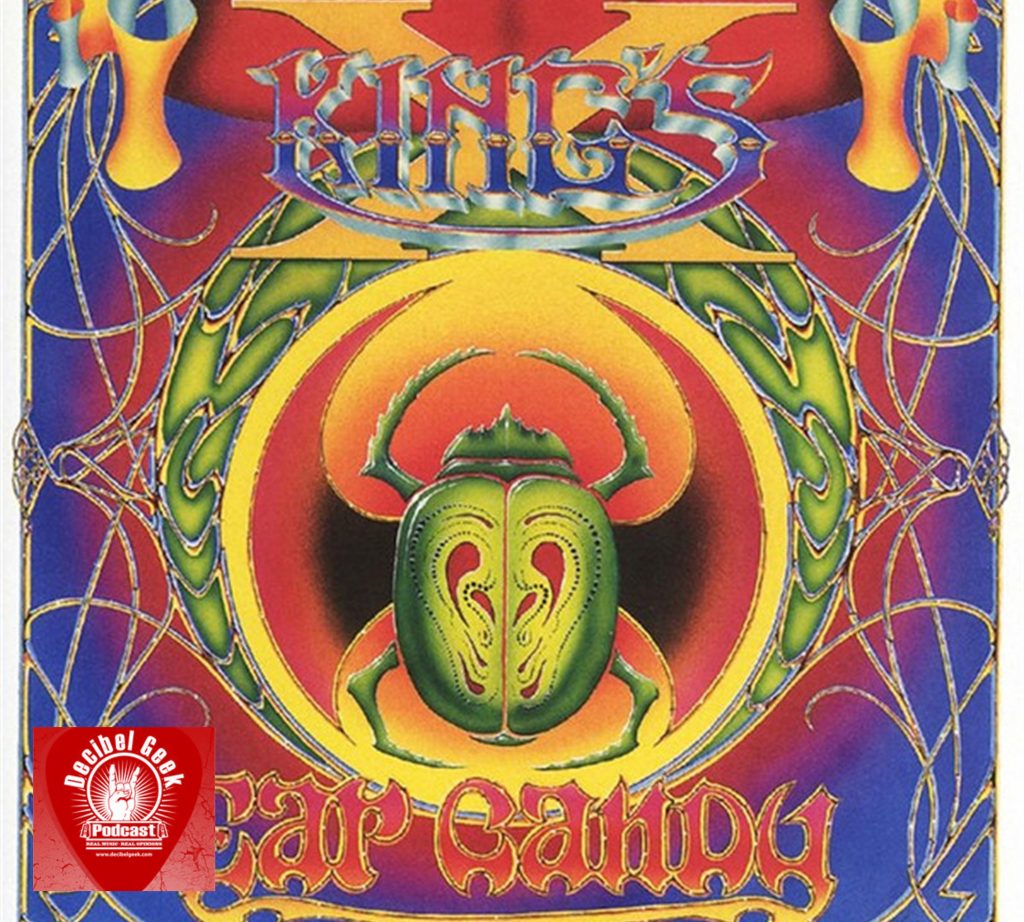 Dug Pinnick, Jerry Gaskill And Ty Tabor formed a power trio that started to set the musical world alight with their 1984 debut, Out of the Silent Planet.  They toured and toured but never got the breakthrough to follow up the sophomore success of Gretchen Goes to Nebraska.

What sets them apart? Fantastic vocal harmonies really do set them apart, like Dokken.  They are still putting out great music, but they never got their dues. 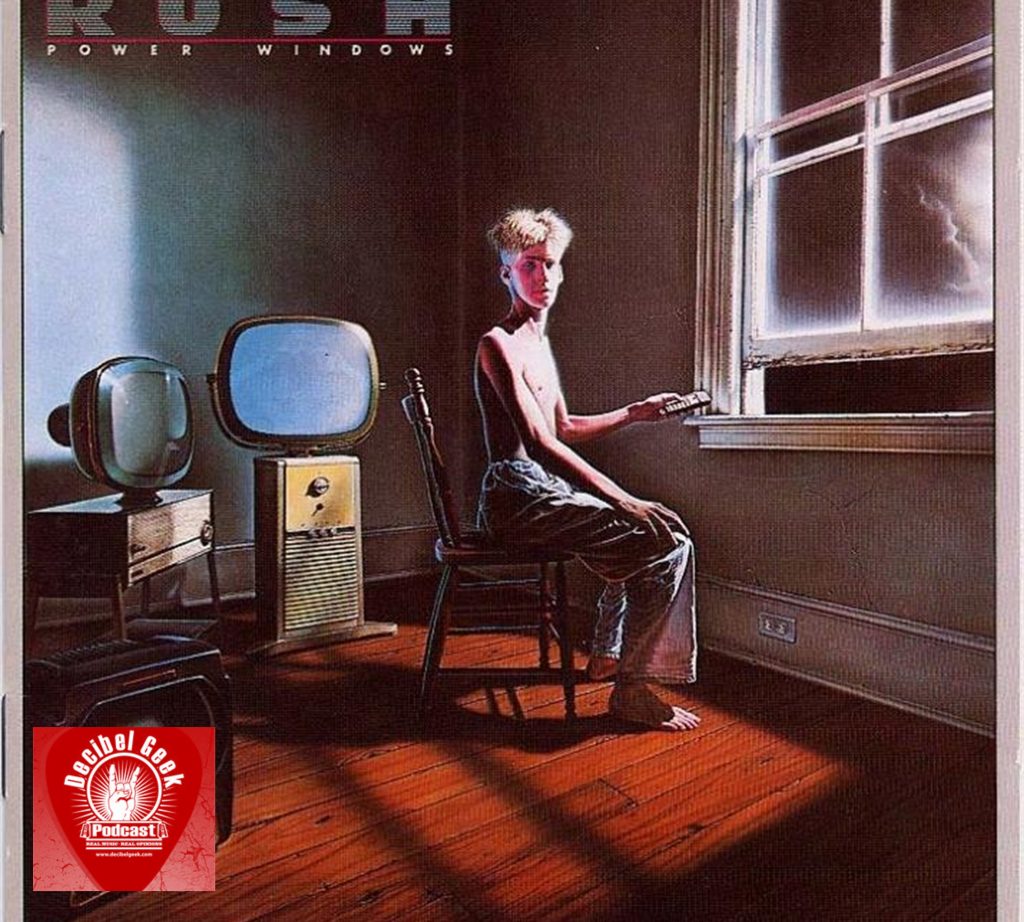 WHAT?  Yeah, everyone salivates over 1970’s Rush, but, for me, the Eighties version is FAR superior.  They produced some absolute classics from Signals to Hold Your Fire and will forever hold a place in my heart which has nothing to do with 2112 or Hemispheres.

Why so?  The songs bro, the songs.  They beat out longer tunes that are more revered. “Prime Mover” is one of my favorite tracks, along with “Analogue Kid” (best guitar solo ever).  Underrated band of this time, for sure. 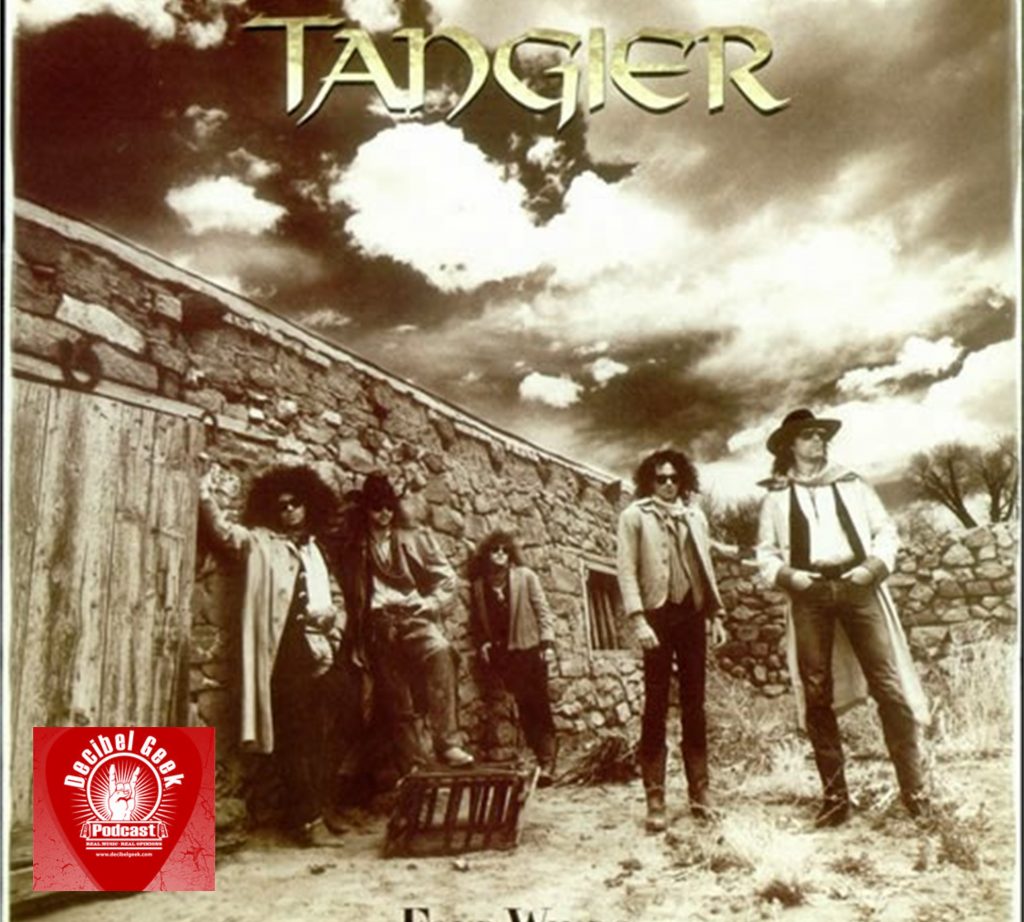 The Eighties gave us some many promising bands who embraced Blues, but who were also underrated.  Tangier were a Philly band with roots in Southern Blues rock and their debut album, Four Winds, was fantastic.  They have staggered on without ever getting the credit that their phenomenal sound deserved.  Songs such as “Mississippi” and “Fever for Gold” absolutely nailed the genre with an indelible ink of sound that would resonate beyond the USA. 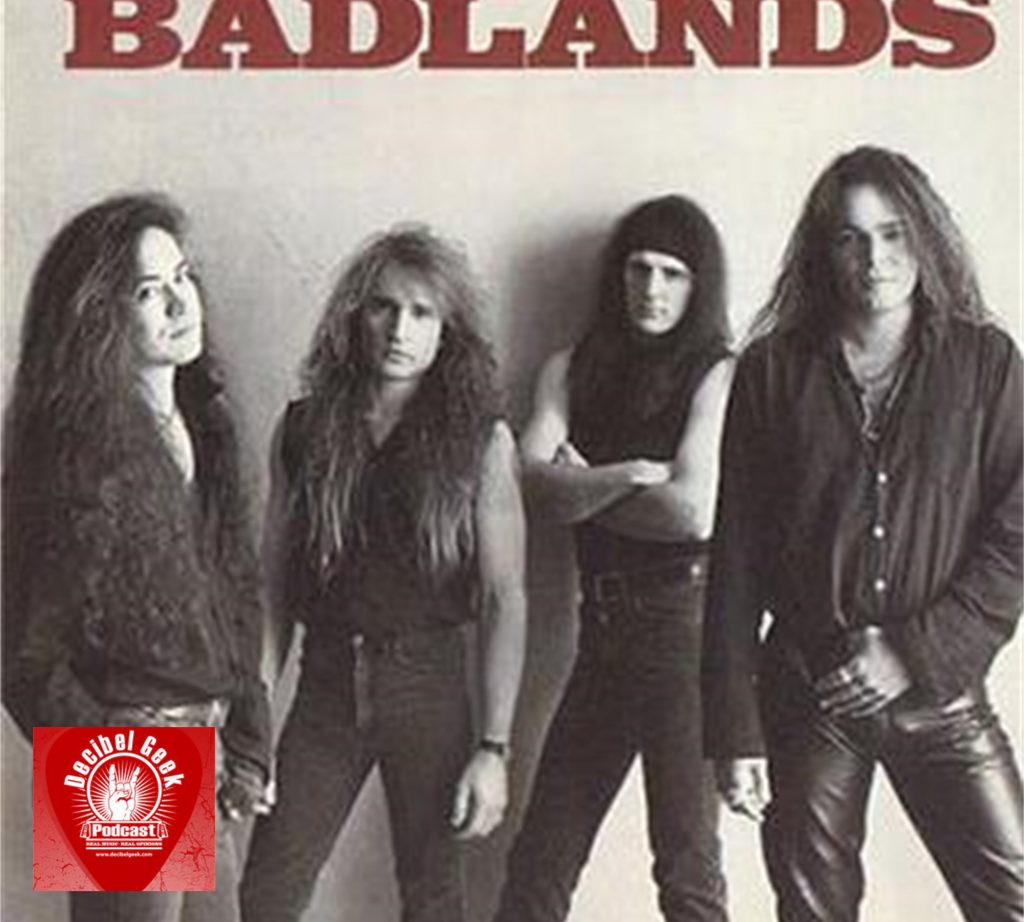 The classic band from this era was Badlands.  They were formed by Jake E Lee, who brought in supreme musicians such as (the sadly passed) Ray Gillen on vocals, Greg Chaisson on bass and Eric Singer on drums.  Their debut album (only one of three) is a stone cold killer collection of Blues rock.  How can anyone not love the majesty of tunes such as “Dreams in the Dark” or “Winter’s Call“?  The greatest sadness is felt by rock fans that this group did not get the success they so richly deserved and that Gillen passed without fulfilling his rock star dreams.