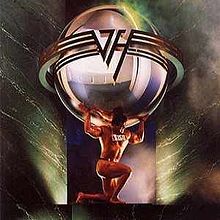 1986 was a year of changes, in music and the world. I was a kid then, listened to the radio quite a bit, probably more than I watched TV really. People may find this strange, but some TV was boring to me. The news, that’s what peaked my interests. And music, music was what excited me too.

There were quite a few shake ups in this year. Metallica was dealing with the loss of Cliff Burton, and millions of people watched(myself included as the Shuttle Challenger) exploded mid takeoff. Killing all on board, including the first civilian to go into space. Yes, there were quite a few dark spots in 1986, but there were also a few highlights and moments that changed the mood of music. 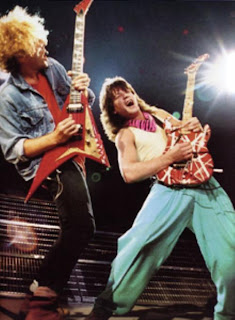 The band Van Halen found themselves in the middle of a issue, that later became one hell of a firing. David Lee Roth, then lead singer of Halen decided he was going to make a solo album. It then went from a solo album, to a solo career. Either way, the Van Halen brothers got rid of him. Enter Patty Smyth, yes, Patty Smyth. It’s said that Alex actually wanted her to replace David, but Patty refused (WTF, WHO SAYS NO TO ALEX VAN HALEN). Soon, an “auto mechanic” by the name of Sammy Hagar came into play. Sammy was fresh off the ride from his hit ‘I Can’t Drive 55’. Remember that one? When he was approached to sing vocals on 5150. And unlike Patty, he said yes. And with that, the guys hit the studio.

Unlike Roth, Hagar had a range. Before you get ready to sharpen the axe let me explain. While David Lee could sing a song that made you wanna party and have fun, Sammy could pull a fun party song and a few ballads too. ‘Good Enough’ made you wanna get up on the table and dance til,you couldn’t dance and air guitar play anymore. Eddies guitars are crisp and clean while brother Alex keeps time with a stellar beat.  ‘Why Can’t This Be Love’ proves the guys were a force to be reckoned with. Each song on this album was a simple kiss of good-bye to DLR. for the time being.

‘Dreams’ is the most powerful song on this album. The Blue Angels theme song soars high above the rest. The vocals are fast and in your face while the guitar licks are fast and plenty. ‘Dreams’ was then and still is my favorite song off this album. Hagar put his gut and heart into this song, as did the rest of the guys. They sang and played from the heart. Much like Van Halen has always done, and still does today. ‘Summer Nites’ was just what the song said. It was the type of song you have blasting on the tape player while you hang out at the lake (I’m from Colorado, so our beach was either Sand Creek Reservoir or Cherry Creek Dam), watching the sights or just trying to soak up some sun and fun!

5150 did ALOT for Van Halen. It not only proved that the band was here, but it hushed those that doubted that they could carry on without DLR(after all, the critics believed he carried the band). This album gave the guys a chance to prove they were a band, and not some kind of flash with a flashy lead singer.

Sammy would go on to make OU812 with the guys (again, another classic, another story) and he would eventually part ways with the guys, twice!. DLR would come back to the band, and yes, Eddie’s son Wolfgang would even join as the band on bass and become a permanent fixture. Like father, like son. I won’t say that Sammy saved the band, they didn’t really need help in that department. BUT, Sammy Hagar did show the music world and the doubters that Van Halen could carry on without David Lee Roth, and carry on they did!!!!