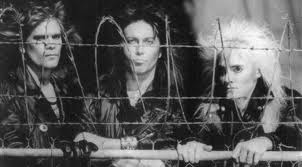 I don’t really care for covers or remakes, to me it just says that the artist was too damn lazy to think of a song. Yes I said it. But I had a change of heart when I heard WASP (Chris Holmes, lol) sing their remake of  Who’s classic “The Real Me”.

Featured on the 1989 album The Headless Children. The album was a first for Frank Banali (Quiet Riot), and the last to feature Chris Holmes (Lead guitar and resident wild man). This album, their fourth was a different step forward for the band. It set the band up for success on two fronts. First, they wrote the power ballad, ‘Forever Free’, a story of love found, love lost and love remembered. The song put the guys at their highest chart spot ever. ‘The Real Me’ reached #23 on U.K charts. And it didn’t do too bad here in the states either. 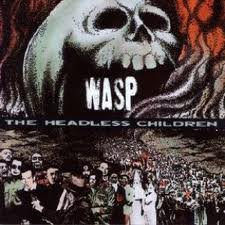 Blackie’s vocals here are fabulous., and Chris’s guitar playing is stellar. I liked the band, especially ‘Blind in Texas’, love that song. Blackie isn’t the typical lead singer. Lawless has a yell about his voice. When you hear him, you don’t think he’ll ever speak again. But he CAN actually sing. And his bass skills are AWESOME as well. Now a WHO fan I am not. But I do know who their bass player was, John Entwistle, and he was very talented at what he did.

Lawless showed that he can play and sing on a classic and do it the way he wanted to. The song threw Headless Children to an audience that at one time would see this band and run. W.A.S.P was also introduced to the early vision of MTV’s Headbangers Ball. For those that are about my age or older, MTV showed videoes, before the Teen Mom and Real World s took over.

Frankie Banali and Johnny Rod keep perfect time and rhythm on the remake. At one point, the bass and drums are so infectious you forget about the guitars . The bass / drum combo make the song just flow from beginning to end. Chris’s guitar work on this and in W.A.S.P in general is the best I think. Chris Holmes is a talented guitar player and he shows it. Even though he would depart the group, many felt that it just wasn’t the same after he left. 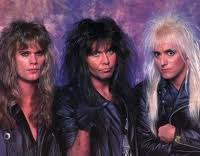 W.A.S.P were wild yes, but they are by far one of the most underrated metal bands of the 80’s. they were one of the few bands that did survive the meltdown of metal. Not only did they survive the end of metal, they withstood the rise and fall of the PMRC. For those that don’t know who these jackasses are., I’m gonna school ya. The PMRC were a group of know it all bored Washington housewives who felt that they needed to screw up everything. They are the reason why we have the Parental Advisory stickers on CDs today. FYI Tipper, my kids can still buy dirty CD’s at Walmart and Target.

W.A.S.P is currently on a worldwide tour, celebrating their 30 years in the music biz. Currently the guys are in Europe. No word yet as to if they are going be doing any shows stateside, but I’m sure Blackie Lawless can be convinced to do at least one or two shows in L.A.