A collective of wolves that live, feed and travel as a family group are known as a wolf pack.  With Alpha wolves dominating the group, they are the leaders. Just as a pack of hungry wolves will sink their teeth into their prey does this album sink its teeth into the listener. Hailing from Swiss hard rock outfit Crystal Ball, Mark Sweeny and Michael Voss (taking a break from Christian Metal group Mad Max and Casanova, both German bands) take on the Alpha roles for the return of their collaboration project, Wolfpakk. 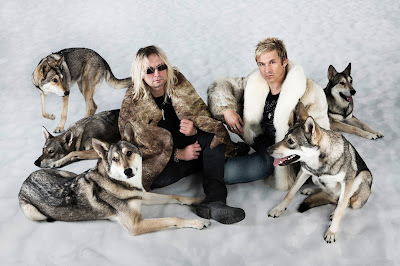 Back in 2011 the two musicians had worked together for some time in the past. And had always bantered around the ideas of collaborating on a heavy metal album.  They had grandiose plans, deeming that the record should include the participation of the best artists of the genre.  Before long they were able to pull together an impressive 30 musicians from the four corners of the globe to lend their talents to the project.  The self-titled album met with rave reviews from critics and fans, opening the door for another project.

Now two years after Wolfpakk the Voss and Sweeny combo serve up Cry Wolf, again including a large pack of guest musicians (wolves).  Featuring eleven tracks and a run time of almost an hour, each composition here seems to offer something different. Perhaps tailor made to the guests appearing on that specific song.  Some of the names featured herein include Brian Tichy (Whitesnake/Ozzy), Hermann Rarebell (ex-Scorpions), Don Airey (Deep Purple), Mandy Meyer (Krokus), Roland Grapow (ex-Helloween), Blaze Baley (ex-Iron Maiden), Tony Mills (TNT) and Johnny Gioeli (Hardline) among many others. 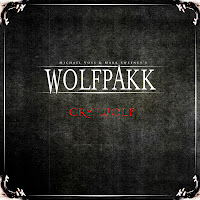 Cry Wolf delivers an excellent ride throughout featuring a variety of different styles and each song sounding fresh from the thumping anthems to the ballad, this album contains something for everyone.  Starting off hauntingly, the opening cut, “Moonlight” evolves quickly, setting the bar for the album. But as it turns out is one of the weaker cuts overall.  The voice of American band Hardline, Johnny Gioeli, lends his vocal talent to “A Matter of Time” in a true standout cut of the record.  The first official video has been released for track three with “Dark Revelation” followed by the ballad showcasing Amanda Somerville‘s vocals, “Cold Winter”.  A video has also been shot for “Cold Winter”, but has yet to be made available for viewing.

“Palace of Gold” leads us into the growling sound of a wolf for the beginning of the fast paced “The Beast In Me”.  From here the already enjoyable listen really picks up steam. Now comes the triple assault of the best three tracks on the album. Being “Wakken”, “Pressure Down” and the Rainbow cover “Run With The Wolf” (featuring Rainbow keyboardist Tony Carey).  The epic title track, “Cry Wolf”, follows clocking in at ten minutes. While the crunchy chops of bonus track “Kid Raw” close the collection on a high note.  This is a solid melodic metal recording that any fan of European style metal will appreciate.