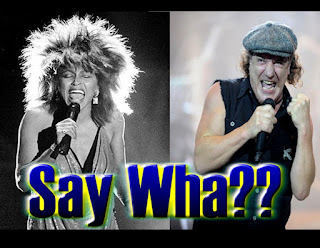 A topic came up a few days ago and some of the good folks at DB Geek started thinking about what was their worst concert experience. Usually when things like this get started between guys it ends up being a contest of one upsmanship. If it rained on you, then your buddy walked up hill through driving snow both ways to get to the show. If you got beer spilled on you by some random girl, he got the clap from some chick in a Porto potty. You see where this is going. Amongst men, reveling in misery is a badge of honor. So into this we now delve.
Everyone has a story of some lame show where the band phoned it in or was just too drunk to function. We’ve all been to shows where we left regretting blowing perfectly good money on the fiasco we’d just endured.
Sometimes it comes from the exhaustion of an overly strenuous tour on the musicians, their lack of professionalism, the sad excuse for a venue picked by a road manager that would soon be looking for a new job or from the a-hole you went to the show with. Whatever it is, it at least makes for a good story afterward.
My personal horror story involves a young boy whose older sister had told him she was taking him to see AC/DC. She was taking him because, being eight years older, she was allowed to go to concerts by their parents but they required her to take her little brother with the idea that dragging a seven year old along would curtail any overzealous partying on her part. Being the “good” sister she was, she had come up with the plan of telling their parents they were going to see Tina Turner. This was supposedly the cover story because it sounded nice and tame and would most likely not draw any major objections.
And yes, that little boy was me and no, I never made it to see AC/DC.
Apparently my sister really did want to see Tina Turner but knew there was no way I’d go to the concert which meant she wouldn’t be allowed to go. So she did what she had to do to convince an innocent seven year old who’d recently discovered AC/DC through this very same sister, she lied. We left home in with me in high hopes of actually getting to see a band I’d only ever heard on tape(for you younger listeners, Google “cassette”). This was to be the moment of my initiation into rockdom.
We left home bound for the Municipal Auditorium of Nashville, one of the absolute worst places in the world to see a show. But never the less, it has seen some very epic concerts over its lifetime, which from the inside appears to be since the time of the dinosaurs. Not knowing any better, I trusted that her friend who was driving was going directly to the Municipal. I’d only been there a few times before for the circus and other such child friendly events, but when we pulled up I knew it didn’t look the same. Oh well, I was too psyched to give it full consideration and being seven, what the hell did I know anyway.
Well, in the next two hours I would learn a lot. I would learn first to never trust anyone with crappy taste in music. Second, I would learn that while Tina Turner may have her positive side, she royally sucks as a substitute for Brian Johnson. On a side note I also learned that, even to this day, the song Private Dancer will never leave your head once you hear it live and it is most likely on the permanent playlist in Hell.
Though I’ve had rain, snow, overly friendly drunks and other such catastrophic events at concerts, this is my personal concert horror story. Never has someone left a show more dejected than I did at seven years old after expecting AC/DC and instead getting a seemingly endless torture of Tina Turner. I still can’t watch Mad Max without cringing. Thanks sis.