Throughout my years I have always tried to consider the musical opinions and tastes of others with an open mind. I may deliver a playful jab now and then, but for the most part, to each his own. But for some reason when I hear a person say “I hate live albums.” it makes me want to slam my head in a sliding glass door repeate
dly. For me, a great live album from a band I love or a band i may not be familiar with is a true gem. I am sure we are all familiar with the monolithic live albums that have come down through the years. This weeks episode of the Decibel Geek Podcast most definitely showcased some great ones. I have to be honest though and admit that I threw Poison’s Swallow This Live and Dokken’s Beast From The East to the side long ago. Maybe I’ll dig them out and give them another spin. For now though I would like to share a few live albums that seem to rise to the top of my playlist heap. These are in no particular order or ranking. 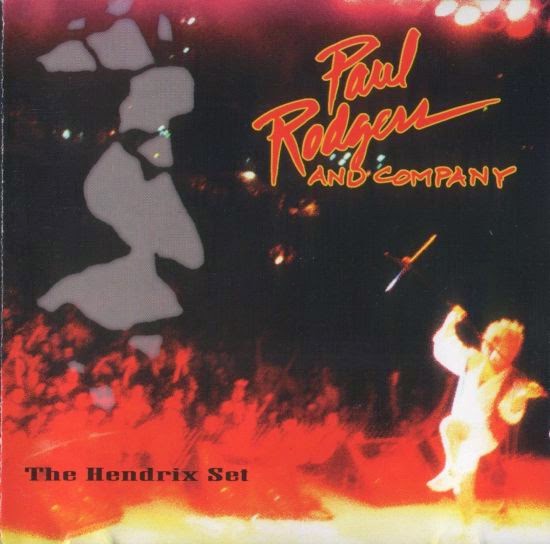 Paul Rodgers And Company – The Hendrix Set
This five song EP has been one of my absolute favorites for a number of years. This was recorded 4th Of July 1993 and released in November of the same year. I first had this on a cassette that I found in a used CD and cassette shop back in the late 90’s. Along with Bad Company and Free lead singer Paul Rodgers on vocals, you get a stellar 3 piece band which consists of legendary Journey guitarist Neal Schon, current Journey drummer Deen Castronovo and on bass Todd Jensen, who has worked with Ozzy, David Lee Roth and Alice Cooper. The band as a whole do a nice job paying tribute to Jimi Hendrix, but its the rhythm section that I love listening to. So tight. Although Rodgers sings nothing like Hendrix, he interprets the songs with fine style and Neal Schon’s guitar work is what you would expect; melodic, expressive riffs and leads drenched in effects. The tracks include Purple Haze, Little Wing, Manic Depression, and Foxy Lady but its their version of Stone Free that I put on Repeat quite often. The band knocks this one out of the park then tag the end of the song with a bit of Cream’s I Feel Free. It simply kicks ass. The only down side is that its an EP, but its an EP that packs a full length punch! 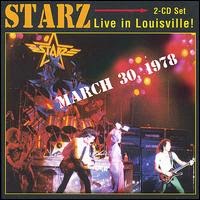 Starz – Live In Louisville!
I stumbled across this album just a few years ago by one day Googling “Live In Louisville”. At that point I was only vaguely familiar with the band. Luckily iTunes had it so I immediately bought it as well as started digging into the bands history. I quickly deduced that Starz were a hugely underrated band and that this live album could’ve prevented that had it been released after it was recorded in 1978. For all I can find, it wasn’t released officially in complete form until 2000. It was after discovering this album, then the podcast featuring Starz music that I did a piece on the album back around the holidays. Read It Here!! I don’t want to repeat myself but I will say that in my opinion, Starz, along with this album, might’ve had a better chance had they not been under the same management and booking agency as KISS. Just sayin. Starz – Live In Louisville made me a fan. It’s just a fun album to listen to. Plus it was recorded here in Louisville. If you’re not familiar with Starz, they are simply a great 70’s rock band with a sound and style that would remind you of The Rolling Stones, Cheap Trick, and Aerosmith. This album is worth a listen!! 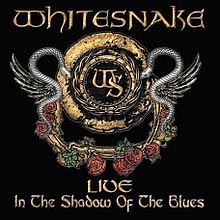 Whitesnake – LIVE: In The Shadow of The Blues
If you like Whitesnake and live albums chances are you will like this album. I got this CD digitally through a free trial of a worthless online music outlet called E-Music and it didnt include the 4 unreleased studio tracks, but thats ok. The live tracks are incredible. The album hits the ground screaming with Bad Boys and continues full on with a healthy slice of Whitesnake discography. The bonus disc which may be from the European leg of the ’06 tour starts with an alternate show opener of Burn/Stormbringer from David Coverdale’s Deep Purple days and contains 6 more WS classics. For me, its the lineup in the band at this point that makes this album shine. On guitars you have Reb Beach and Doug Aldrich. Aldrich simply owns this classic WS material from start to finish and Reb Beach adds his unique style and sound to the secondary rhythm and lead parts. Legendary rock drummer Tommy Aldridge executes flawlessly. Coming in on bass at different times in the tour were Marco Mendoza, who had previously worked with Blue Murder and a 90’s version of Thin Lizzy, and Uriah Duffy, who had recorded with Christina Aguilera and Alicia Keys. On keyboards Timothy Drury, who had toured with The Eagles. To sum it up; great band, great album! 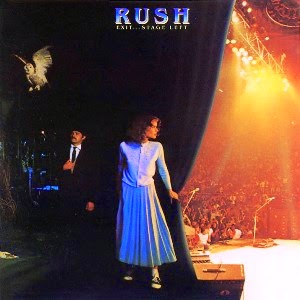 Rush – Exit….Stage Left
To listen to this album now transports me right back to junior high. Especially track 3: YYZ with the drum solo. Back then I played the drums in school band, at church, and at home and this particular track was my Holy Grail. Really, all 3 songs on side 1 album 1: The Spirit Of Radio, Red Barchetta, and YYZ are my favorite Rush songs so to have them together on one portion of an album was a bonus. Although I didn’t pursue music much farther than those years, this album was a huge influence on me at that time and I am certainly still a Rush fan today. 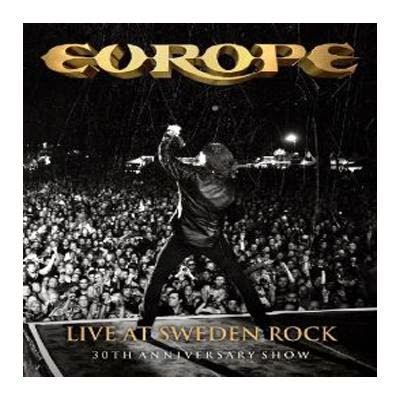 Europe – Live At Sweden Rock
30th Anniversary Show
I found this CD earlier this year while searching Amazon and iTunes for something new. Europe is a band that has never been hugely in my radar so it was the subtitle “30th Anniversary Show” that made me pull up and take a look. At that moment I simply couldn’t get my head around the fact that this band was in their 30th year. After sampling some tracks, I had to have it, and despite The Final Countdown, I am suddenly a Europe fan. And a huge fan of this double live CD, which is a excellent showcase of the bands span of material. Europe was inactive for a majority of the 90’s, but included tracks from their albums made during the 80’s as well as albums made in 2004
, 2006, 2009, and 2012. For the band you have the classic lineup of Joey Tempest on vocals, John Norum on guitar, John Leven on bass, Mic Michaeli on keyboards, and Ian Haugland on drums. The recording and production of the album is excellent and the 30,000 fans and attendees of the 2013 Sweden Rock Festival let you know that Europe is in fine form. The show kicks off with 3 great tracks from their most recent and 9th studio album Bag Of Bones and weaves you in and out of their triple decade spanning career. Two incredible high points in the show are guest appearances by Scott Gorham from Thin Lizzy on a cover of Jailbreak and Michael Schenker from U.F.O. on a cover of Lights Out. As you might think, they wrap up this double live treasure with The Final Countdown, but it seems to carry a bit more weight when its alongside some of the band’s better material. Europe is a band that I personally underrated but this live retrospect gave me a better perspective. Enjoy!