Episode 64 – Songs for the Apocalypse

With the Mayan Calendar running out this week, the Decibel Geek Podcast just may have run it’s course in 64 episodes; at least that’s what Aaron Camaro seems to believe. 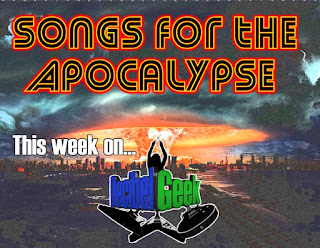 It’s up to Chris to talk Aaron off the ledge as they spin some of their favorite songs about Doomsday in this week’s episode, Songs for the Apocalypse.

We start things off on a true note of finality with a track off Dio’s final studio album, the 2004-released Master of the Moon. Few could rival Ronnie James Dio when it comes to apocalyptic lyrics as is evidenced by more than one of his songs being featured in this week’s episode.

In 1969, amid political tensions and war casualties, many people were pondering their mortality and some were beginning to predict the end times. The Rolling Stones were no exception with their Let it Bleed album. Dripping with wonder and sincerity, Gimme Shelter is a standout track that is still as applicable in current times as it was so many decades ago. While the Stones version is a radio staple, Chris spins a great take on the track from Australian hard rockers Thunder on their 1995-released Their Finest Hour (and a bit) album.

Aaron’s pick of GWAR’s Gor Gor is an interesting take on an apocalypse song; this one coming at the hands (er, jaws) of a Tyrannosaurus Rex that is unleashed on the land of the free in their 1992 album, America Must Be Destroyed.

We return from the break with Chris’ pick of a very obscure, but awesome, track by veteran Los Angeles hard rockers Warrior. Not to be mistaken with the pre-KISS Vinnie Vincent project of the same name, Warrior built a large following along the Sunset Strip through the 80’s and 90’s but never quite achieved the success they deserved. This was due in no small part to an ever-changing lineup that for all intents and purposes became the minor leagues for rock stars with members changing constantly and joining/quitting other well-known bands of the era. We spin a track from the Mark IX lineup of Warrior with Chris’ pick of a straight up apocalyptic tune. Buckle in! 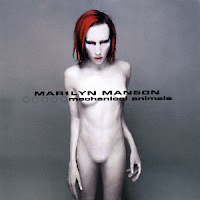 Another artist that tends to get his point across from the dark side and certainly doesn’t shy away from writing apocalyptic lyrics is Marilyn Manson. Aaron’s choice of a final-day track from the 1998 Mechanical Animals album is as close as you can get to a love song about the apocalypse.

One irritating factor about American radio is the fact that some non-American bands never get their just due in the USA. One of those bands is Accept. In America, Accept are considered a one-hit-wonder; known purely for the early 80’s hit Balls to the Wall. What many Americans don’t know, thanks to radio, is Accept’s career goes back to the late 1960’s and they have sold over 17 million albums worldwide. Chris’ pick from their 2010’s Blood of the Nations album is just more evidence of the greatness of Accept. 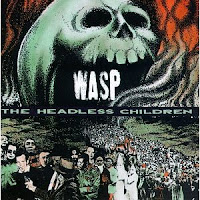 Aaron’s next pick of the title track from W.A.S.P.’s 1989 Headless Children album is enough to give everyone a case of the heebee jeebees. We segue from Blackie and co. to Dio’s second appearance on this week’s show with a 1984-released track that is prophetic and very much in place in this week’s theme.

Aaron’s next pick of a very well-known Black Sabbath track may seem a bit strange for our show. On closer inspection of the lyrics, there’s no way we could do this show and not include this track from their 1970-released Paranoid album. Truly metal! 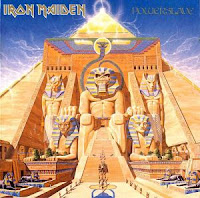 We close out the show (hopefully, not literally) with a time-sensitive track from Iron Maiden‘s 1984 album Powerslave. The Doomsday Clock became a big news story in 1984 with the cold war heating up and US & Russian political tensions. Bruce Dickenson and co. were aware of this and wrote a song that perfectly captured the paranoia that was sweeping the globe at the time. An interesting look back for sure.

If you’re still around after listening, please…………. 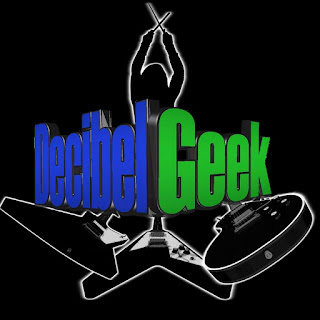