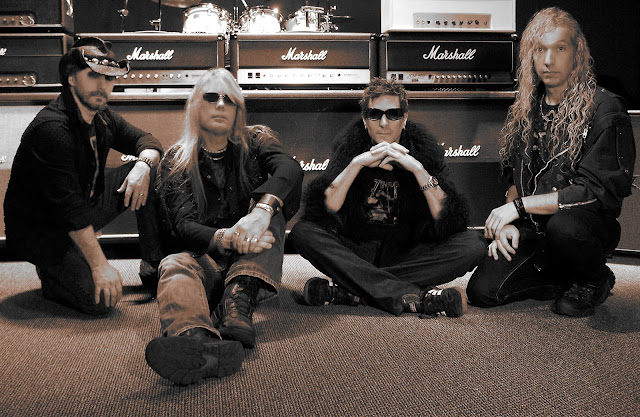 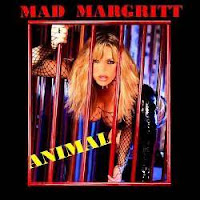 I’m not really too sure how I even came across and subsequently came into possession of the CD Animal from Mad Margritt released in 2007.  But I do possess it and had spun it a few times.  It’s high energy, sleazy feel makes for some pretty good rock, it does however only contain eight tracks, one of which is a 32 second long intro.  Five years later I’d forgotten about Animal and Mad Margritt as the disc got lost in my more than 3500 CD collection, but when I received a press release from Perris Records stating that Mad Margritt was poised to unleash a new record in July it all came back to me.  I searched my collection and pulled out Animal for an immediate spin.  It was even better than I remembered and wondered how it had gotten lost in the shuffle so quickly. 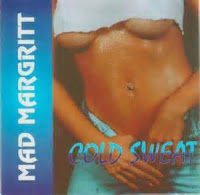 Mad Margritt hail from and unbeknownst to me until researching for this CD review article, released their first effort way back in 1997 called Cold Sweat.  The official Mad Margritt website lists Cold Sweat as out of print, and the cover is certainly reminiscent of Bon Jovi’s banned, original Slippery When Wet cover.  In The Name of Rock hit shelves in 1999 and contained the five songs from Cold Sweat along with five new tracks.  The band signed with Perris Records and unleashed the next record New Sensation in 2002.  The aforementioned Animal dropped in 2007 with the song LOADED GUN getting the video treatment and slipping into rotation on TV stations.  And by this time they have toured with and opened up for the likes of basically my entire CD collection like Ratt, Helix, L.A. Guns, Cinderella, KISS, Faster Pussycat, Pretty Boy Floyd, Poison, Every Mother’s Nightmare, Tesla, Whitesnake, Winger, Bullet Boys, Bang Tango, Quiet Riot, Skid Row, Slaughter, Warrant, Queensryche, Dokken, Great White and more. 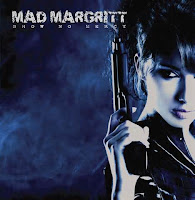 Now in 2013 they hit us with Show No Mercy.  While they were originally rumoured to be working with legendary producer Beau Hill (Winger, Ratt, Warrant, Twisted Sister) the album credits state Eddie Smith and Carl Culpepper as producers.  With some member changes from album to album, singer Eddie White has remained the constant and now has Brandon Faulkner on drums, Carl Culpepper slinging the axe and Skip Mullis with the bass guitar for Show No Mercy.  Of the nine tracks contained in Show No Mercy one is a 1:35 minute long acoustic instrumental called Indian Summer and one is a cover of AC/DC’s Touch Too Much.  That leaves a meagre seven new compositions from this Atlanta quartet and while Eddie’s higher vocals, Carl’s guitar virtuoso, Brandon’s pounding drum beats and Skip’s thumping bass lines can all be heard crystal clear throughout, Show No Mercy‘s run time is rather short at just over 30 minutes.  Even with the short run time what is contained here deserves to be listened to at a ridiculously high volume, so crank it up to eleven!  Stand out cuts for me are the lead song of The Way You’re Loving Me, sounding directly off any late 80’s rock album, Down In Flames and the crunchy riff of album closer Breaking Down.
This self described explosive high energy rock band out of