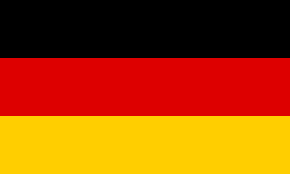 In conjunction with last week’s Decibel Geek podcast episode #157, Rocktoberfest, in which Aaron & Chris celebrate some excellent bands from Germany, I decided to add a few more to the list.  A veritable hotbed of Power Metal, I decided to focus/concentrate mainly in that genre with a few strays along the way.  As the boys discussed many German players tie into other bands and have been or are still involved in multiple groups.  Here’s another seven (in no particular order) German bands (all with recent releases) that you should hear as well as all the greats played during last week’s episode. 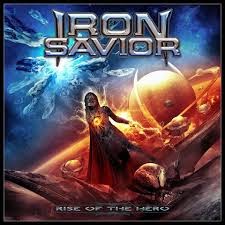 I was introduced to Iron Savior via Decibel Geek photographer Brian Ronald and must admit have become quite addicted to the 2011 album, The Landing.  The song “Heavy Metal Never Dies” from that release is a complete power metal classic that never gets old, as evidenced by its constant appearances in my playlists.  As for the band, they formed in 1996 in Hamburg with Piet Sielck handling vocals and guitars, Kai Hansen (Helloween/Gamma Ray) vocals/guitar and drummer Thomen Stauch (Blind Guardian).  They started out with a concept of blending power metal with a story about a spaceship christened Iron Savior.  Today we find guitarist Joachim Kustner, bassist Jan-Soren Eckert, and drummer Thomas Nack joining sole original member Piet Sielck.  Give a listen to “Burning Heart” from the band’s latest output, 2014’s Rise of the Hero.  Iron Savior Website
. Primal Fear was given life by vocalist Ralf Scheepers (Gamma Ray) and Mat Sinner (Sinner) in 1997.  2014’s Delivering The Black is the tenth in the library that has also seen a few member changes throughout the years.  Currently we find guitarist Alex Beyrodt (Voodoo Circle/Sinner/Silent Force), guitarist Magnus Karlsson (Allen-Lande/Place Vendome), and drummer Aquiles Priester (who replaces recently departed Canuck drummer Randy Black) alongside the Scheepers/Sinner duo.  Original guitarist Tom Naumann who was forced to depart due to medical reasons is currently assisting with live performances and tours. Here’s my review of Primal Fear’s Delivering the Black album and concert in Toronto earlier this year (Delivering the Black Album Review) and (Primal Fear Invades Toronto). Try my favorite of the album “Alive & On Fire” for a sample.  Primal Fear Website
. 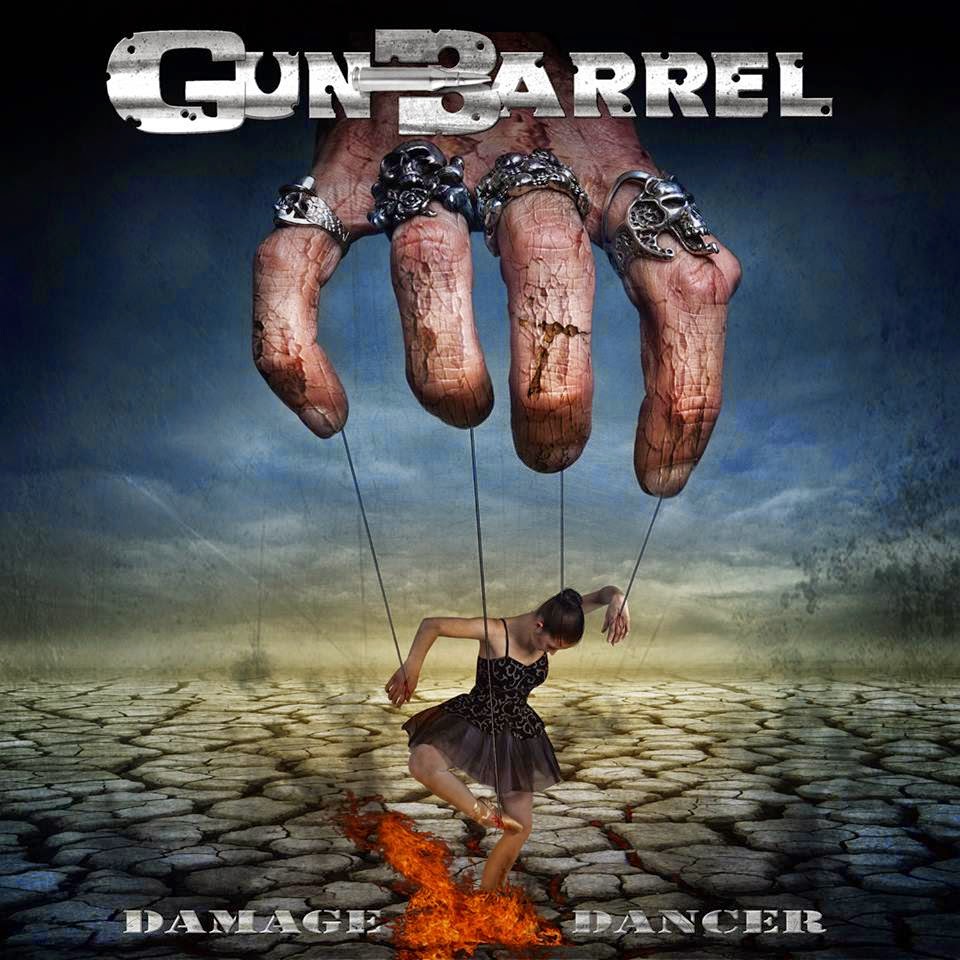 Cologne, Germany was the scene for the formation of Gun Barrel back in 1998.  After issuing an EP that garnered some record label attention Gun Barrel has produced four studio and one live album behind 2014’s Damage Dancer.  My foray into the Gun Barrel world began when the record company sent me a download to review Damage Dancer and I have since added 2008’s Outlaw Invasion and 2012’s Brace For Impact to my personal library.  The band currently consists of guitarist and only original member Rolf Tanzius, vocalist Patrick Suhl, bassist Tomcat Kintgen, and drummer Toni Pinciroli.  Read my review of the album here: (Staring Down a Gun Barrel) and check out the title track, “Damage Dancer”, for a preview.   Gun Barrel Website
. 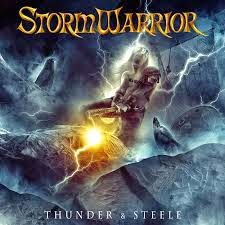 Lars Ramcke is the sole remaining original member from Stormwarrior’s beginnings in Hamburg in 1998.  Ramcke handles vocals and guitar and is joined by Alex Guth (guitar), Yenz Leonhardt (bass), and Jorg Uken (drums) in Thunder & Steele released in January of this year.  Thunder & Steele, Stormwarrior’s fifth album, was produced by Piet Sielck (Iron Savior) and in the past they’ve worked with Tommy Hansen and Kai Hansen (Helloween/Gamma Ray) who also contributed vocal and guitar work on some tracks.  With a lot of their lyrics often surrounding Viking themes, Thunder & Steele is a delicious slice of power/speed metal.  Have a listen to “Steelcrusader”, a favorite of mine from Thunder & Steele.  Stormwarrior Website (leads to Facebook)
. 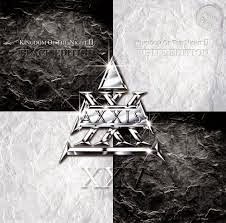 I found Axxis when their name surfaced on the bill for 2013’s Sweden Rock Festival that I was to be attending for the first time.  I missed their set at SRF but look forward to seeing them at Firefest in a few weeks.  They harken back to Dortmund in the late 80’s with their debut release, Kingdom of the Night in 1989.  The band’s latest album celebrating the 25th anniversary of the debut is Kingdom of the Night II.  Kingdom of the Night II is actually two different CD’s available separately, the Black containing the heavier, darker material while the White consists of more melodic material and ballads.  Overall a very 80’s style with elements of hard rock and power metal throughout check
out the video for “Venom” from the Black.  Axxis Website
. 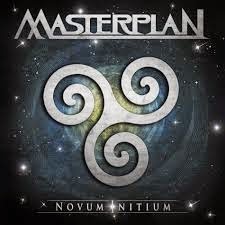 When guitarist Roland Grapow and drummer Uli Kusch’s side project caused their untimely departure from Helloween in 2001 Masterplan was born.  They recruited singer Jorn Lande and issued the debut, Masterplan, produced by Andy Sneap in 2003.  While there was some studio bass work on the album, Grapow served as the main bassist and Jan-Soren Eckert (Iron Savior) was later hired for touring and the following albums.  For 2013’s Novum Initium, Grapow had an almost totally new line up beside him with Rick Altzi on vocals, Jari Kainulainen on bass, Martin Skaroupka on drums and Alex Mackenrott on keys.  I also was fortunate enough to catch a portion of Masterplan’s set at Sweden Rock Festival 2014: (Dismal Skies on Day #2 of SRF 2014).  Here’s “Keep Your Dream Alive” for you to check out.  Masterplan Website
. 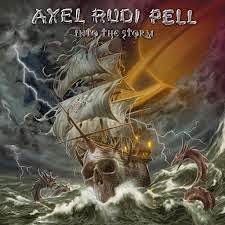 Axel Rudi Pell started out in 1984 with German band Steeler (not to be confused with Steeler featuring Ron Keel and Yngwie Malmsteen).  Four albums later, in 1989, he embarked on a successful solo career resulting in no less than fifteen releases.  Into the Storm is the latest effort and my starting point.  Since 1997 Johnny Gioeli (Hardline) has been handling the vocal duties for Pell’s albums and Ferdy Doernberg the keys.  Bassist Volker Krawczak has been with Pell since ’89 and drummer Bobby Rondinelli replaced Mike Terrana last year.  My review of Axel Rudi Pell-Into the Storm from back in March and the video for: “Long Way To Go”.  Axel Rudi Pell Website
.
There are so many great German bands and these are but a few.  Raise your glass for “Rocktoberfest” and some awesome German music.
.