They Might Be Giants – Power Metal : BLIND GUARDIAN (Feature)

There are so many genres in heavy metal and rock music that I thought it may be interesting to spotlight who I consider to be the masters of each one.  Therefore, welcome to part 1 of a new feature, They Might Be Giants!  This time, I wanted to explore my love for the Power Metal genre and pick one of the greatest exponents – Blind Guardian.  If you have your own giants, please let us know! 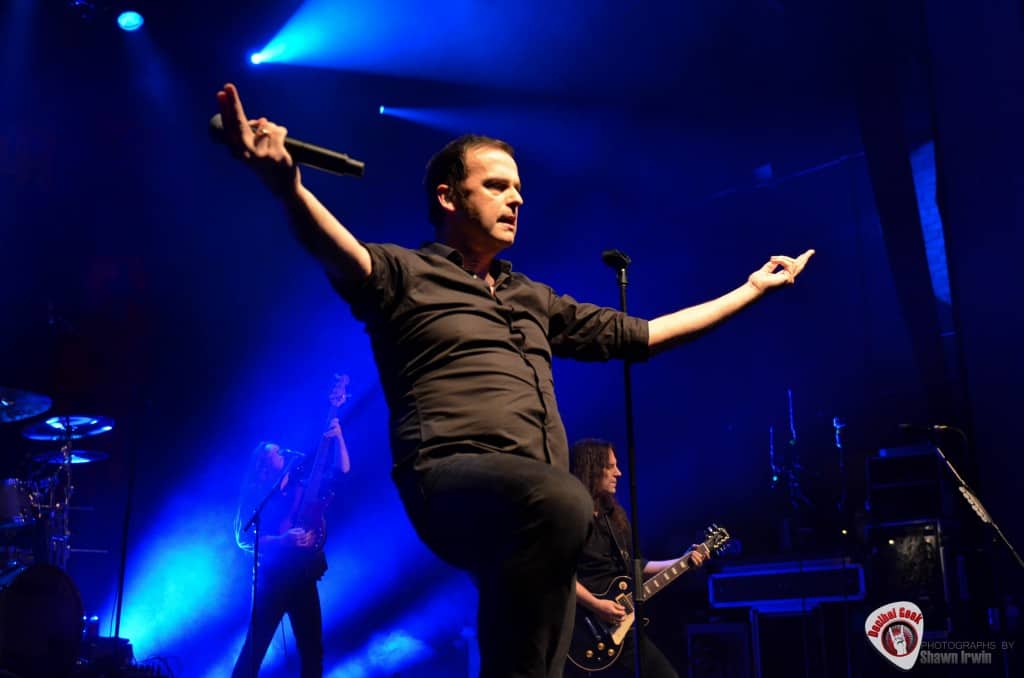 Blind Guardian is a German band formed in 1984 in Krefeld, West Germany.  Nine musicians have been a part of the band’s line-up in its history, which has consisted of singer Hansi Kürsch, guitarists André Olbrich and Marcus Siepen, and drummer Frederik Ehmke since 2005.

Through their masterful years together, Blind Guardian have an impressive body of work, with ten wonderful studio albums, starting with 1988’s Batallions of Fear.

The debut album opens with a pipe organ carnival jingle (“Majesty“), but then switches tack to show definite Helloween and Maiden influences.  The speed is frantic and the energy is high.  This is the blueprint for the following songs, but the record is an adrenaline rush.

Follow the Blind expands on the sound, with a better production and then we get seeds of what later Blind Guardian would be like.  Tales from the Twilight World is majestic.  The songs become more melodious and harmony guitars abound.

They hit their creative heights with the release of 1995’s Imaginations from the Other Side.  The record is the fifth studio album. The atmosphere of this album is often described as darker in comparison to their earlier works, but it marks a more sophisticated side to the band. This album also marks the first since Battalions of Fear in which Kai Hansen (ex-Helloween and currently of Gamma Ray) did not guest on vocals or guitar, and the last album to feature vocalist Hansi Kürsch as bassist. It was also their first album to have singles released.

Nightfall in Middle-Earth was released in 1998 and continued to cement the band’s reputation as key weavers of dreams (and nightmares).  The sound refined with more folk influences and in songs such as “Nightfall” they flexed their creative muscles.  The orchestration and choral vocals make the album a joy to listen to.

The 2002 release, A Night at the Opera is a nod to the Queen catalog.  It is one of my favorites of their catalog, as it continues the wonderful storytelling of the band.  In fact, I am sure that Blind Guardian inspired many bands such as Tyr or even Amon Amarth with their gothic rendering of the soundscape.

The next few albums built on the lush sounds and releases such as A Twist in the Myth made solid additions.  However, their latest album (as purely Blind Guardian) was a return to earlier releases with its beautiful blend of speed and bucolic beauty.  “Twilight of the Gods” is a real snorter of a metal hymn.

Finally, the almost inevitable happened with the Blind Guardian Twilight Orchestra release in 2019.  This is a full on release of orchestral music, linked into a soundtrack of fabulous songs.

Blind Guardian is a giant of the genre.  Long-lasting and experimental, with a huge body of work and a legacy that will be remembered for many generations (if not, for ever).  They should be included as any future Golden Record that is sent to space!